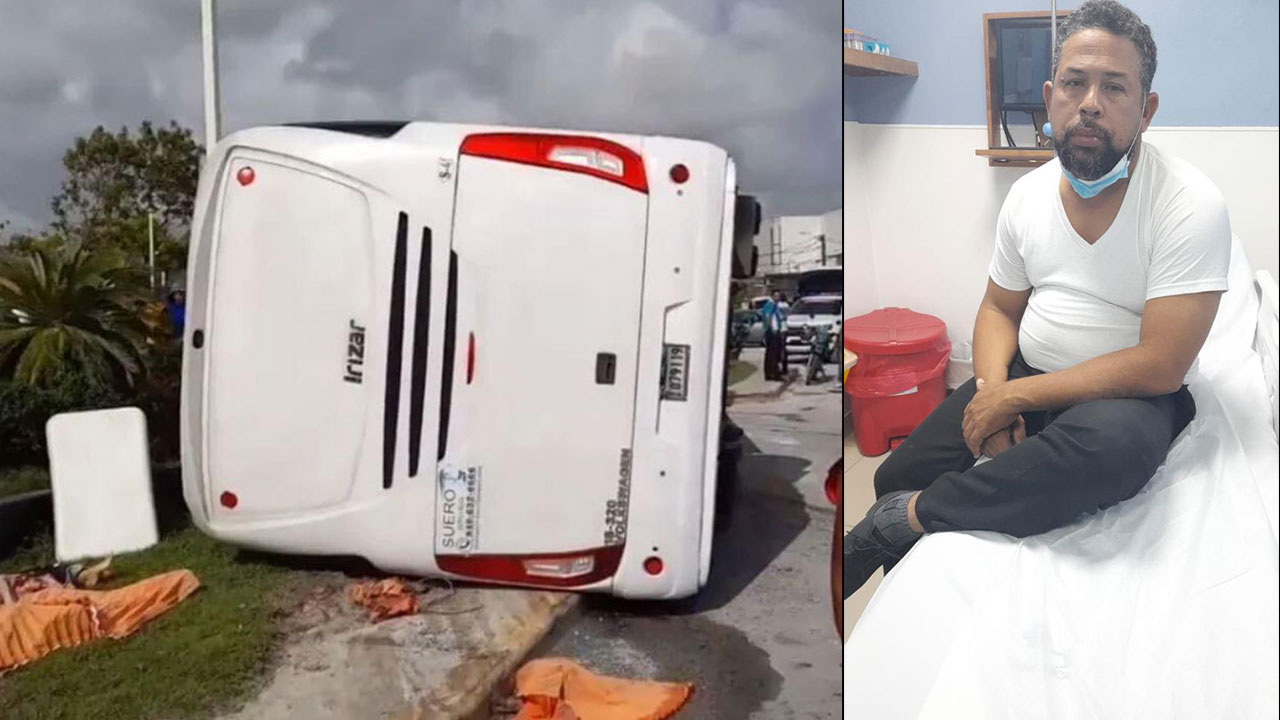 The bus’s driver, Franklin Nin Pérez, defended his innocence this week and claimed that he was traveling at a safe speed when the tragic incident took place last Thursday in Bávaro, La Altagracia province. While being transported by the authorities to the courtroom where he would be found, Nin Pérez said, “I was going less than 70 kilometers per hour; I was even going down to 60 when the truck crossed.”

The bus was in good condition at the time of the collision, which resulted in the deaths of four people and the injuries of over forty others, the driver further assured. He asserted that he had never used drugs at the time. He claimed, “I did not consume that, nor was it because I had not rested. “I’m really sorry,” he added, stating that he regrets what happened almost a week ago.

He finally used the chance to call the Dominican justice system and request honesty in his procedure. Nin Pérez remarked, “That they do it as they ought to, with the utmost sincerity, and not on a whim.” The disclosure of the accused’s coercive tactics was postponed until tomorrow, Thursday. In light of the fact that Nin Pérez, who is currently being held in the Higüey prison, “drove without caution, recklessly, recklessly, carelessly, and at high speed while under the influence of narcotic substances,” the Public Ministry requested a 12-month preventive detention as a precaution.

Yeah Yeah Yeah, I see commercial truck and bus drivers speeding all the time when I’m in the Dominican. It’s no secret 90% of the reckless drivers are male. I have yet to see a woman in a car or on a motorcycle in the Dominican driving like a lunatic.

Driving at the safe speed?!? In Dominican Republic?!? Who??? When??? Just try to drive from the Punta Cana airport to Bávaro and you will see how they are driving! They are flying like rockets, never looking at where they are going, having cellphones in their hands listening to dembow and watching mamasitas shaking nalgonas, the brakes just do not exist for them. Every, every Dominican driver is a killer on the road, everyone!!!