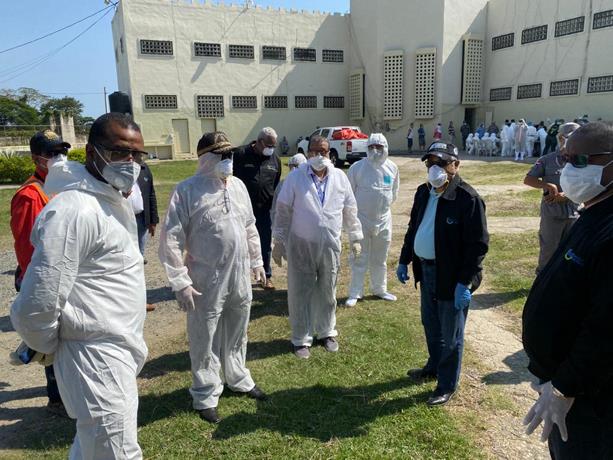 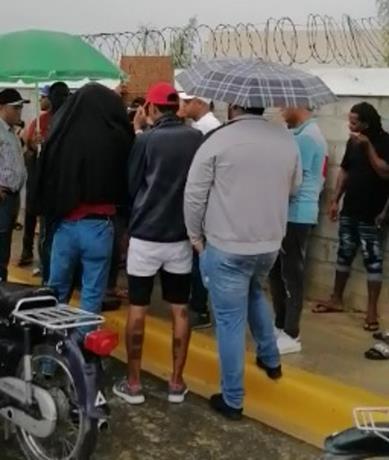 Since March 1st, 2020, the Minister of Public Health, Rafael Sánchez Cárdenas, reported that an Italian became the first case of a person infected with coronavirus (covid-19) in the DR, they began to look for possible places where they could build an isolation room to treat infected patients.

The panic of the population grew with the increase in cases. According to the bulletin number 16 of Public Health in the Dominican Republic, there are a total of 1,578 people infected with coronaviruses, the rumors about the construction of various isolation centers in different demarcations were constant, and the protests rose quickly against it.

One of the first sectors to protest was Los Tanquecitos de Boca Chica, the location of the Naval Base of the Navy of the Dominican Republic and where plans were to install one of the first isolation centers.

Hearing this news, area residents soon gathered in front of the naval base to try to prevent entry to those who transported the infected.

“For a virus to kill us, a shot to kill us,” was the cry of protest from those who stayed for more than two days in that place.

“They thought that this was an isolated and sparsely populated area, but it is not. We have four baseball academies, we have several schools, including one just behind the naval base. That aerial reconnaissance was ill-intentioned, and it has gone wrong, “said Pedro Morel, community leader and one of the people who led the mobilization.

Morel added that the main concern was the control measures that would be taken inside that place to have the patients isolated.

“If they bring the infected Italian, there will also be doctors having contact with him, plus people coming and going. Those people come here, and practically the entire municipality gets sick,” Morel said.

Shortly afterward, the Defense Minister, Rubén Darío Paulino announced that they would not build the isolation center on said base. Several days later, Sánchez Cárdenas noted that after meeting with the residents of the area, the Dominican Government would look for another place.

In La Vega, residents of the Santo Cerro community expressed their rejection of the claims of the Ministry of Public Health to install an isolation center there for people affected by the coronavirus.

They warned that this locality is very vulnerable because they say the majority of its inhabitants are of advanced age and present various health problems.

They said they are willing to provide support to the authorities and affected people, but not with a confinement center.

They also indicated that they expected society to understand their position in the face of the danger posed to them by the COVID-19 pandemic.

The rejection of the locals arose after the authorities announced that they are studying the possibility of installing an isolation center for people affected by the coronavirus in the Father Fantino spirituality house, located in Santo Cerro.

In Miches, residents protested against the seizure of some 40 of the Villa Progreso apartments, which are being built by the Government in the Los Cuatro Caminos community, for isolation centers.

The protesters stood firm as they understood that in these apartments, people from all over the country would be isolated and would turn the municipality into a focus of contagion.

Given this, the director of the provincial Public Health in El Seibo, Miguel Peralta, clarified that the apartments would be used as an isolation center but for suspected cases in the same community.

Residents of San Rafael del Yuma protested against the supposed decision of Public Health to bring people infected with the virus to that community.

The protesters blocked the entrance to the closed Hogar Infantil shelter, demanding that the Public Health claim to install the center as mentioned above be dismissed.

The former candidate for municipal mayor by the People’s Force, César Espinal, expressed in statements to the press that this is a false alarm because no Public Health authority or other body has confirmed the species.

The Americas, DR   All commercial flights to and from the airports of the...

Santo Domingo, DR   Today the country begins the second phase of escalation to...