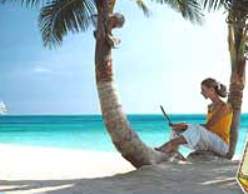 Miami (Latinvex).- The Dominican Republic remains the second-largest tourism market in Latin America in revenues and now also has passed Argentina in terms of visitors, according to a new analysis from Miami-based online business publication Latinvex using data from the World Tourism organization.

Thanks to an increase of 6.5% last year to nearly six million tourists, the Dominican Republic replaced Argentina as the fourth-largest market in Latin America in terms of arrivals. Argentina suffered a 3.1% decline to 5.6 million tourists.

All in all, total tourism receipts in Latin America grew 6.3% last year to US$88.96 billion. Nicaragua and Costa Rica led the way in percentage growth, while Mexico saw the strongest increase in real terms.

The number of tourists in Latin America grew 6.7% to 103.8 million. Chile led the way in percentage growth, while Mexico again posted the strongest increase in real terms, according to the Latinvex analysis.

Mexico remains the top tourism market in Latin America, both in receipts and tourists. Last year it hosted nearly 35 million tourists that spent US$19.6 billion.