Dominican Republic: an industrial production center for the U.S. 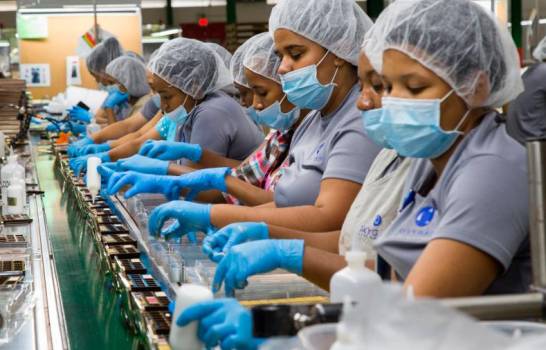 37.1% of the total accumulated investment in the free zone sector is of U.S. origin. (EXTERNAL SOURCE)

The United States is the primary support of free zones in the Dominican Republic, being the country with the highest investment in the sector and the leading destination of its exports. In addition, it is the second nation with the most significant number of companies of this type in the national territory.

37.1% of the total accumulated investment in the free zone sector is of U.S. origin, equivalent to US$1,926 million, followed by Dominican companies, whose amount amounts to US$1,046.9 million, representing 20.2%.

The data is contained in the “Statistical Report 2020,” prepared by the National Council of Free Export Zones (CNZFE), which indicates that the total amount of investments in this sector amounts to US$5,188.9 million.

Although U.S. companies do not account for the majority within free zones, the country was listed as the main destination for the sector’s exports over the past year.

73% of the goods manufactured in Dominican territory in 2020 were sent to the North American country. Of the US$5,898.1 million exported last year, US$4,305.6 million was destined for the United States, according to the CNZFE document.

Of the 692 free zone companies operating in the country last year, 357 had the United States as the destination country for their exports, equivalent to 52%. In addition, the amount represents a net increase of 10 companies over 347 in 2019.

The report also specifies that the United States is the leading supplier of raw materials to process goods in national free zones.

Last year, 56.4% of the inputs for the manufacture or production of other goods in free zone companies operating in the country came from the United States, while 11.8% and 11.5% from Italy and China, respectively.