JAC authorizes new commercial operations to and from Cuba, Venezuela and Spain 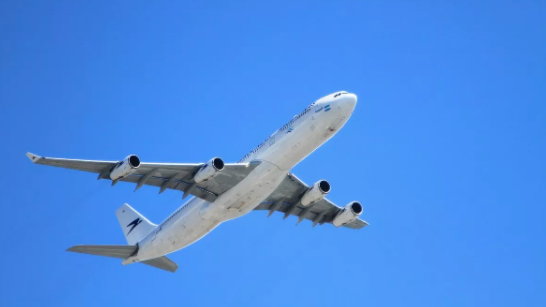 The Civil Aviation Board approved new routes (JAC) this Wednesday, with the approval of the Amendment to the Operating Permit of the Rutas Aéreas company (RUTACA) to include the routes Maiquetía /Punta Cana /Maiquetía and Maracaibo/Punta Cana/ Maracaibo, as reported by Dr. José Ernesto Marte Piantini after the ninth ordinary session of this year’s plenary session.

This airline has operated the Maiquetía/Punta Cana/Maiquetía and Maracaibo/Punta Cana/Maracaibo routes under other modalities, transporting 5,173 passengers in 350 operations on the first route from December 2020 to February 2022 and 860 passengers in 86 operations, on the second path, respectively.

RUTACA has an Operation Permit in force until February 28, 2025, which authorizes it to offer air transport services for passengers, cargo, and mail, from the Bolivarian Republic of Venezuela to Dominican territory.

The Maiquetía/Punta Cana/Maiquetía and Maracaibo/Punta Cana/Maracaibo routes are not contained in any Operating Permit or Economic Authorization Certificate; that is, they are not currently operated by any airline.

Likewise, the president of the JAC communicated that the members of the plenary session sent the Public Hearing the request for an Amendment to the Certificate of Economic Authorization number 20 of the national air operator Sky High Aviation to include the route Santo Domingo / Havana, Cuba / Santo Sunday.

The start of operations on the Santo Domingo / Havana, Cuba / Santo Domingo route is projected for this May 15 and will be carried out in Embraer-type aircraft, with a capacity for 50 and 97 passengers, with a frequency of two weekly flights, on Tuesdays and Fridays.

This air operator projects an initial occupancy of 68%, with a progressive monthly increase of up to 85%; thus, for May-December 2022, they estimate to transport 8,756 passengers to and from the Cuban capital.

Marte Piantini also reported that the plenary session approved the Special Permit in favor of the foreign operator TURPIAL to operate the Caracas/Santo Domingo/Caracas route.

TURPIAL is a Venezuelan airline with an Operation Permit until March 5, 2023, which authorizes regular air transport services for passengers, cargo, and mail.

This operator will carry out sixteen flights (round trip), on the Caracas/Santo Domingo/Caracas route, from May 6, 2022, to June 27, 2022, with a frequency of two weekly flights on Mondays and Fridays, in aircraft Boeing 737-400 models, with capacity for 150 seats.

Finally, the plenary members approved the Amendment to the Operating Permit of the foreign air operator WORLD 2 FLY to include the Madrid/Santo Domingo/Madrid route. This route translates into more competitive prices for passengers, as it is a route operated by three more air operators under the air policy of the Dominican Republic, which establishes the multiple designations of air operators.

WORLD 2 FLY has an Operation Permit valid until August 9, 2024, that authorizes it to offer air transport services on the Madrid/Punta Cana/Madrid route.

The start of operations of the aforementioned route is projected for June 19, 2022. It will be carried out in Airbus A350-900WXB type aircraft, with a capacity of 432 seats, on two flights a week, on Wednesdays and Sundays.