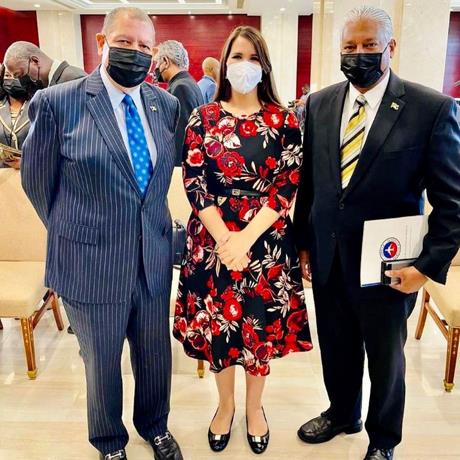 The Dominican Republic managed to obtain authorization from the Jamaican government so that Dominican airlines could operate direct commercial flights between the two territories, which undoubtedly constitutes a significant achievement of the country’s diplomatic representation in Kingston.

The ambassador, Angie Martínez, expressed with great joy that “the authorization to carry out direct flights between the Dominican Republic and Jamaica represents a tremendous diplomatic achievement for our Ministry of Foreign Affairs and a source of great satisfaction for this Embassy.

Martínez added that this constitutes an important step for connectivity between the two countries, which will mark a before and after in bilateral relations, strengthening political, commercial, investment, tourism, and cultural exchange relations.

In a note, the diplomatic delegation explained that since last year, the Dominican Embassy in Jamaica’s fundamental objective was to achieve more excellent air connectivity between the Dominican Republic and Jamaica.

Ambassador Martínez even raised the request before the Prime Minister of Jamaica, the Honorable Andrew Holness. She maintained that it had been a tough job, to which she has dedicated a lot of effort and energy since the beginning of her management.

“Having a direct flight that connects both countries is a necessity and a dream of the Dominican community residing in Jamaica, of businessmen and of all those who travel frequently between both countries, who have to pay excessive amounts of money and last up to 20 hours to reach our destination, when we can do it on a direct flight of just one hour,” the diplomat stressed.

The ambassador thanked the President of the Civil Aviation Board, José E. Marte Piantini, for his invaluable support throughout this process and assured that the JAC had been key to our efforts to achieve this significant achievement for the country.

The favorable decision was notified to the Dominican Embassy in Kingston through a formal communication from the Jamaican government.

When and where to buy the tickets is all I need to know. Gracias!