A few things we know about SARS-CoV-2 coronavirus: UPDATE April 6, 2020 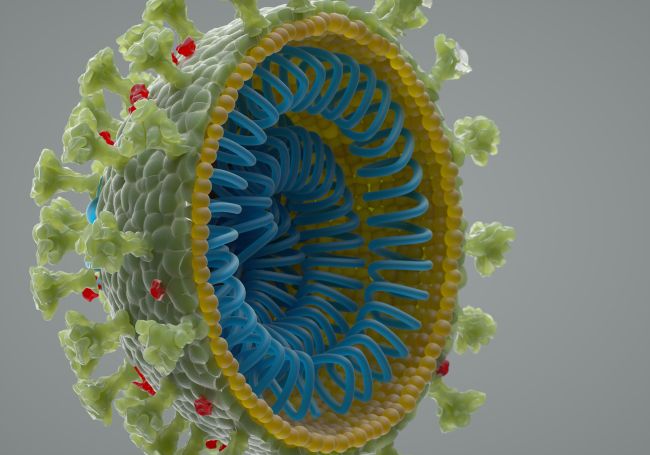 The culprit of chaos: SARS-CoV-2 virus

Because SARS-CoV-2 was utterly unknown to humanity just five months ago, we are continually learning new things about the virus. As we know so little, there is much confusion and misinformation about the coronavirus pandemic. And confusion and misinformation breed chaos and fear. Here is what we do know about the SARS-CoV-2 coronavirus that causes COVID-19: You should be concerned and take this seriously. But you should not panic.

*SARS-CoV-2 stands for severe acute respiratory syndrome coronavirus 2. As the name suggests, it’s a coronavirus and is related to the coronavirus that causes SARS (Severe Acute Respiratory Syndrome). Note: When SARS-CoV-2 was first identified, it was provisionally dubbed 2019 novel coronavirus, or 2019-nCoV.

Coronaviruses are a large family of viruses that get their name from the halo of spiked proteins that adorn their outer surface, which resemble a crown (corona) under a microscope. As a family, they infect a wide range of animals, including humans.

With the discovery of SARS-CoV-2, there are now seven types of coronaviruses known to infect humans. Four regularly circulate in humans and mostly cause mild to moderate upper-respiratory-tract infections—common colds, essentially.

The other three are coronaviruses that recently jumped from animal hosts to humans, resulting in more severe disease. These include SARS-CoV-2 as well as MERS-CoV, which causes Middle East Respiratory Syndrome (MERS), and SARS-CoV, which causes SARS.

In all three of these cases, the viruses are thought to have moved from bats—which have a large number of coronavirus strains circulating—to humans via an intermediate animal host. Researchers have linked SARS-CoV to viruses in bats, which may have moved to humans through masked palm civets and raccoon dogs sold for food in live-animal street markets in China. MERS is thought to have spread from bats to dromedary camels before jumping to humans.*

The use of masks has been suggested as more beneficial than not. The main reason that having the total population wear virus-protective masks in public situations is helpful is that masks mainly prevent the spreading of the sneezed, coughed, spoken, or breathed droplets of respiratory mist from infected people.

Since up to 80% of infected people are unaware, they are infected, having all people wear masks in public places prevents accidental contagion by decreasing the sheer amount of contaminated aerosols in the air in public situations.

The main reason that the public in some countries has been advised not to buy and wear masks is that the protective masks are needed mostly for the medical staff and healthcare workers on the front lines of the pandemic. Public consumption and use of the masks depletes the supply and availability for the frontline medical care people who need them most. Then again, if the transmission and contagion rates could halt infection at the public level, there would ultimately be less burden on the health systems. So it is a bit of a puzzle.

Here in the DR, the Dominican government advises the wearing of protective face masks by all persons while in public.

If you do wear a medical face mask, remember to remove it from the back of your head by the straps: take care not to touch the mask itself as it can be contaminated. Wash hands immediately upon the removal of the mask.

*As the pandemic has spread far beyond China, there has been a much greater focus on the issue of the asymptomatic and pre-symptomatic spread of disease. There are clearly documented cases in which people who are not experiencing symptoms have likely passed on the infection. However, it is still very unclear to what extent this is occurring and what role it plays in the pandemic overall.

Until blood tests can be done to assess the total number of people infected, it’s extremely difficult, if not impossible, to determine what proportion of infected people have asymptomatic cases.

It is also unclear how infectious people are if they have an asymptomatic case or if they are infected but have yet to develop symptoms. Some preliminary data have suggested that viral shedding from the upper respiratory tract is high right at or slightly before the onset of symptoms. However, it’s unclear how easily the virus can reach its next victim without being propelled from helpful symptoms like coughs and sneezes.

Numerous modeling efforts have attempted to estimate how much asymptomatic or pre-symptomatic transmission is occurring based on the timing of cases. But, with so many questions still lingering about how the virus spreads and infects, these models rely on a number of assumptions. As such, they offer an extremely wide range of estimates for what percentage of infected people picked up the virus from a symptomless person. Some have estimated 12.6 percent, while others have estimated 62 percent in some places.

At this time, the WHO maintains that the main driver of COVID-19 transmission is people coughing and sneezing, thus launching respiratory droplets containing SARS-CoV-2. They note that an analysis of 75,465 COVID-19 cases found no instances of people contracting the infection from virus lingering in the air.

There seems to be no transmission between pets and their people.

Though members of the coronavirus family do infect animals, including dogs, experts at the WHO and the CDC say that there’s no evidence that pets are getting sick from SARS-CoV-2 or transmitting the virus to people. There is an ongoing case of tigers being infected by coronavirus at the Bronx Zoo, but it seems to be human to animal, and the details are unclear for the moment.

If you are infected, you should avoid close contact with your pets as a precaution so as not to infect them.

How severe is the infection?

Most people infected will have a mild illness and recover completely in two weeks.

In an epidemiological study of 44,672 confirmed cases in China, authored by an emergency response team of epidemiologists and published by the Chinese CDC, researchers reported that about 81 percent of cases were considered mild. The researchers defined mild cases as those ranging from the slightest symptoms to mild pneumonia. None of the mild cases were fatal; all recovered.

Otherwise, about 14 percent were considered severe, which was defined as cases with difficult or labored breathing, an increased rate of breathing, and decreased blood oxygen levels. None of the severe cases were fatal; all recovered.

Nearly 5 percent of cases were considered critical. These cases included respiratory failure, septic shock, and/or multiple organ dysfunction or failure. About half of these patients died.

The overall fatality rate in the patients examined was 2.3 percent.*

And again, mortality rates are notoriously difficult to calculate accurately as most cases go untested and unconfirmed. If there are a confirmed 100,000 test-verified cases of coronavirus infection and up to 80% are not tested, or even aware they are infected, there could easily be nearly a million actual cases of COVID-19. Yet the case fatality rate is calculated from the 100,000 figure, which makes the CFR seem artificially higher than it is.

How long does COVID-19 last?

*On average, it takes five to six days from the day you are infected with SARS-CoV-2 until you develop symptoms of COVID-19. This pre-symptomatic period—also known as “incubation”—can range from one to 14 days.

From there, those with a mild expression of the disease tend to recover in about two weeks, while those with more severe cases can take three to six weeks to recover, according to WHO Director-General Dr. Tedros Adhanom Ghebreyesus, who goes by Dr. Tedros.*

Also, as of Thursday, April 2. A state of emergency is in effect throughout the DR until Monday, April 13.

On April 3, President Danilo Medina asked Congress for authorization to extend the state of emergency for another 25 days, to continue implementing actions to slow down the rate of contagion of the coronavirus.