Dominican Republic is nearing the end of its state of emergency, which will bring de-escalation and economic reopening 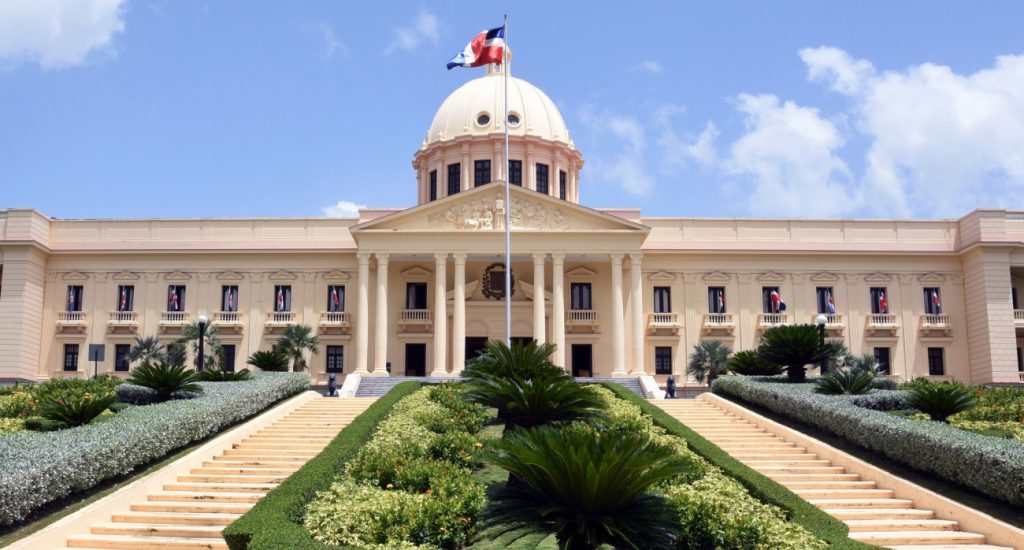 Front view of the National Palace, seat of the Dominican Government.

SANTO DOMINGO.- This Monday will mark the last 15 days of the state of emergency that has now run for more than two months in the country and will end June 1st. These last 15 days will also include the gradual dismantling of confinement, which in turn, would allow the official reopening of the economy, with new corresponding measures to avoid contagion and the expansion of COVID-19.

In the same direction, President Danilo Medina will pronounce tonight, in a speech to the nation that promises firm expectations of an announcement for a flexible plan that allows the gradual reopening of activities in the country.

This May 18, the 15-day extension of the state of emergency begins, which in the Dominican Republic began on March 19, and which was established to house a series of restrictive measures aimed at counteracting the spread of the new coronavirus among the population.

At the end of this new extension, which occurs amid increased pressure on the government to reopen the economy, the country will have completed 2 months and two weeks in a state of emergency, with no expectations that it will go beyond 1 June, which is when the new extension that begins this Monday ends.

With several countries in the process of reopening, pressure from business and commercial sectors urging them to do the same here, and a warning from the political opposition not to approve a further extension of the state of emergency, the authorities will be left with no other options than to announce gradual de-escalation of measures from June 2.

Indeed, without producing an official government announcement, there are several sectors that in recent days have been gradually activated, visibly noticing in vehicular traffic, which sometimes becomes heavy traffic, in contrast to the first weeks of isolation that presented completely desolate streets and avenues.

On June 2, just one day after the end of the state of emergency, commercial flights between the United States and the Dominican Republic would begin. At least we know of confirmed reservations with the US airline Delta for the New York-Santo Domingo route.