Imminent re-emergence: PAHO warns of “intense transmission” of Covid in the Caribbean 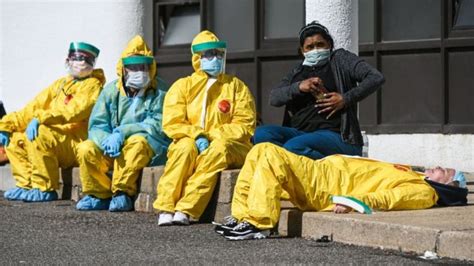 The Pan American Health Organization (PAHO) warned on Wednesday of an “intense transmission” of covid-19 in the Caribbean, even in places considered to be well-managed of the pandemic, such as Cuba and Jamaica, and asked, “not to let down our guard” to stop the spread of the virus.

“Over the past 60 days, 11 countries and territories in the Caribbean have gone from moderate to intense transmission, which is somewhat worrying as countries reopen airspace,” said Carissa Etienne, director of PAHO, the regional office of the World Health Organization (WHO).

“We are concerned about spikes in cases, even in places that have effectively managed outbreaks, such as Cuba and Jamaica,” she said at a virtual press conference.

Asked by AFP about the “hot spots” in that area, Sylvain Aldighieri, incident manager for PAHO’s covid-19, said that Trinidad and Tobago and the Bahamas reported “a significant increase in transmission” since then, stressing that in the latter case, the complexity is more significant because it is an archipelago.

“It’s a risk that countries are going to have to live with,” Aldighieri said of the flow of tourists, which he considered “vital” to his economy.

“There is no single measure that works like a magic wand,” he added, although he called for an emphasis on detection and tracking of cases.

“Good news” -Etienne highlighted as “good news” the decrease in the rates of serious illness by covid-19 in the region.

“There are fewer people hospitalized today and fewer requiring intensive care than before,” she said.

She attributed this progress to a greater scientific understanding of the virus that appeared in China late last year and increased laboratory networks, hospital beds, and health worker training.

However, she also stressed the need to continue to wear masks and maintain a physical distance from others.

“This is not the time to let down our guard. Transmission is still very high in our region,” Etienne said.

The Americas is the area of the world most affected by the global pandemic declared in March. With more than 17 million cases and more than 574,000 deaths, it accounts for half of all infections and more than half of all deaths from covid-19 on the planet.

Carissa Etienne, director of PAHO, said that the United States and Brazil, the countries with the highest number of coronavirus deaths globally, continue to be “important drivers” of new infections.

“In the United States, which is home to more than 40% of new cases in our region, black, Hispanic, and indigenous populations are almost three times more likely to contract covid-19 than their white counterparts,” she said.