Families seek relief in the parks to “fight the confinement” 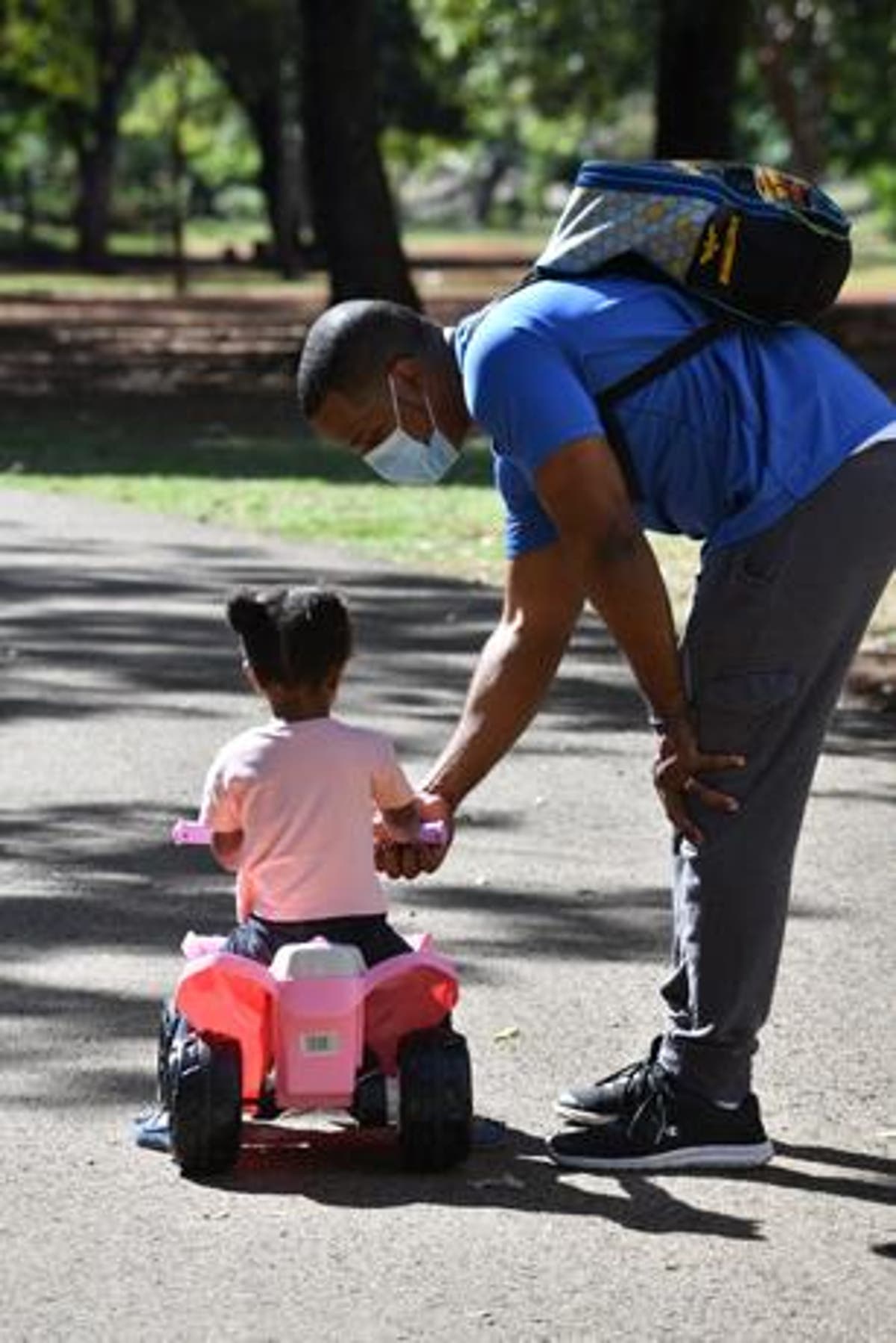 With coolers, sheets, cushions, chairs, and even music speakers, families arrive at the different Greater Santo Domingo (GSD) to counteract the time they spend at home due to the health recommendations to avoid the contagion of covid-19.

“To fight the confinement,” was the constant response of those interviewed by Listin Diario during a tour of the main GSD parks to the question of what motivated them to go out this Saturday?

Jeison Corporán was running through Mirador Sur Park trying to catch up with his little Dara, who was pedaling a small pink scooter.

After reaching her and convincing her to slow down, the father of two confessed that during the Christmas break, his family made up of his spore and his two children, spent time at home and assured that it is the same plan they will repeat for the end of the year celebrations.

Later, but in the same recreation area, they were under a tree that provided shade and lying on a sheet and cushions four members of the same family.

Cristel Brand was the mother and only one standing guard over the two younger children who were running around in the vast space behind a plastic ball.

Brand said they had been locked up in their home for a long time and only went out to church, so they decided to take another route so the children could play.

Like Corporan, Cristel and her family spent Christmas Eve alone at home to avoid crowds, they said.

But by the end of the year, the husband, Benoit Jean Baptiste, will travel to Haiti, where they are from, to visit his mother, while the rest of the family will remain in the Dominican Republic.

The swings of the parks squeaked without rest, the children’s laughter and the people’s murmur were also part of the ambient sound; the environment could be compared to previous times when there was no virulent disease.

However, during the tour, it was possible to observe how each group of family or friends was kept apart.

Together as a family, they enjoyed some homemade hotdogs Rafael Pérez and his family nucleus with distance from the others.

Pérez explained that his children did not go out anywhere and during Christmas, only those who live in his house had dinner, but that it was already time to “get out of the confinement.”

He added that other outings during the rest of the year are “in the works” since the traffic is complicated by the time of the year and “there are a lot of people in the streets.”

On the other hand, in the park of the canquiñas de Güibia, located on the Malecón of Santo Domingo, the number of people was considerable. Some wore masks. In contrast, others avoided their use, and there was noticeably less distance between the groups.

Dionisio Mieses was at the site with his wife and granddaughters and expressed his sorrow for the atypical Christmas Eve and Christmas Day he experienced this year.

He said that he could not go to his village, unlike in previous years as he used to do and had to stay in the capital.

“But we are here so that the granddaughters can get some air,” said Mieses.