Communicators react after the first vaccinated in the Dominican Republic 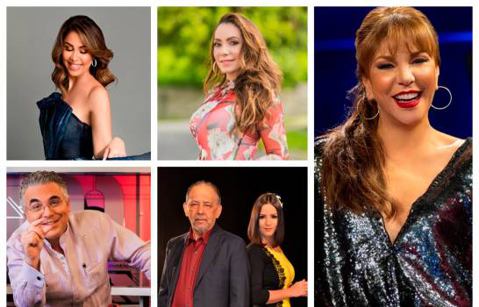 The vaccine administered was Covishield, developed by the Serum Institute of India, with technology transfer from AstraZeneca and Oxford University, which developed the same vaccine but known as AZD1222.

The country purchased 110,000 doses of the Covishield vaccine, in view of the delays of the other suppliers with whom agreements have been made, and 20,000 doses of this vaccine arrived last night.

Following the images published showing the vaccinated medical personnel, the social networks were filled with opinions, including those of various media figures. Journalists and TV presenters gave their opinion on the matter, many calling the population to get vaccinated when it is their turn and others talking about the protocol used in the health plan.

The vaccination is headed by the President of the Republic, Luis Abinader, at the Ramon de Lara Military Hospital, located at the San Isidro Air Base, Santo Domingo East.

The Ramon de Lara Hospital was the first health center in the country to receive a COVID-19 patient and is working on the first line against the pandemic.

Below we share the opinions expressed by some public figures on their Twitter accounts; in one of them, journalist Roberto Cavada qualifies the photograph taken by Diario Libre photojournalist Dania Acevedo as the one that best represents the vaccination day.