Provinces with the highest COVID cases in the last five days 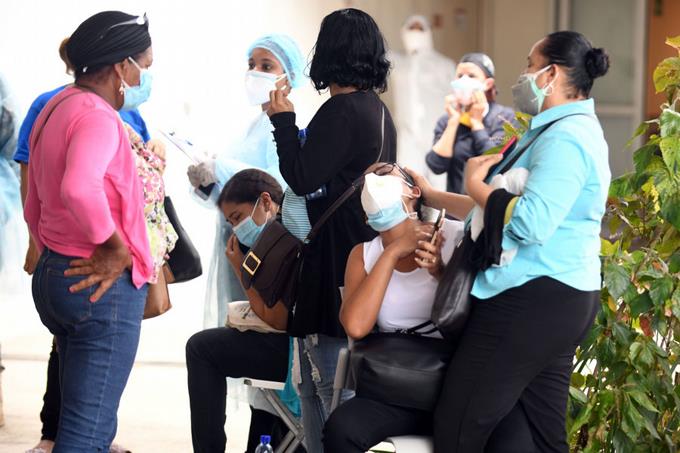 Santo Domingo, Santiago, Distrito Nacional, San Cristóbal, and La Altagracia are the country’s five provinces that presented the highest number of positive cases for the coronavirus in the last five days.

According to the bulletins issued by the Directorate of Epidemiology (DIGEPI), the list begins with the Santo Domingo province through the Ministry of Public Health, which accumulates 1,477 in total, followed by the National District with 1,156.

The bulletin of Monday the 14th, corresponding to number 453, showed Santo Domingo with 178 new cases, while the National District had 145.

The following day, in 454, the amount in these two districts underwent an increase. Santo Domingo registered 454 cases; meanwhile, 326 people infected by the virus were notified in the National District.

In bulletins 455 and 456, Santo Domingo and the DN continued to increase, until Saturday, in 457, that Santo Domingo reported 288 new cases and the National District 109, of the 1784 cases reported in the last 24 hours.

Santiago had the most significant increase in the Public Health report number 457 of Friday 18 published on Saturday, with 109 new patients with the virus.

The same happened with La Altagracia, which reported 88 cases.

According to the bulletin on Tuesday 15, corresponding to number 454, the province of San Cristóbal registered 114 new cases of patients with the disease, one of the highest figures on that day.

Then, in 456, it reappeared with a total of 99 infections, which placed it in fourth place in the demarcations with the most cases.

The last bulletin
The last epidemiological bulletin, corresponding to number 457, reported that the country has 55,027 active cases, with a total of 315,814 registered and 257,034 recovered patients.

This bulletin also noted that the total number of samples processed in the country since the pandemic began is 1,649,763, equivalent to 157,895 per million people.