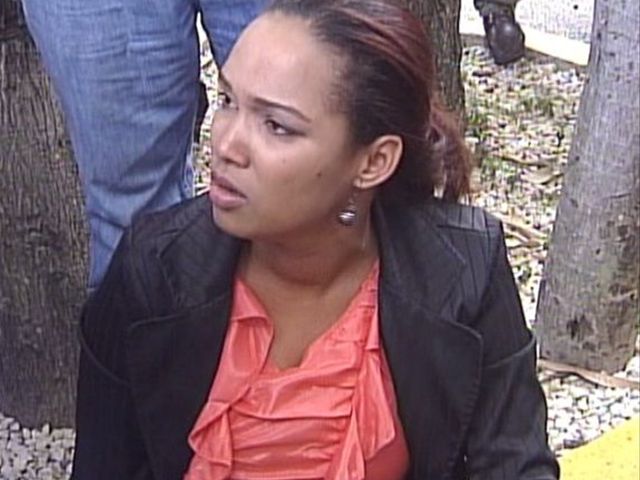 “I got close to Mejía and wanted to ask him a question, but the bodyguards pushed me, but I insisted and then they pushed me a third time that I fell to the ground, and couldn’t get up because of the multitude. I was trampled,” she said, as cameras from other channels caught the melee on tape.

The most recent incident has now become part of a pattern which has marred Mejia’s image since holding office, when his then security detail chief, then active Army general Pedro Julio Goico Guerrero “Pepe Goico” earned a reputation for treating reporters with aggression.

Ambiorix Ortega, of TV channels Vegateve, and Pepe de la Rosa, of Platinum, found themselves looking at the barrel of guns wielded by Mejía bodyguards, and affirmed they were physically mistreated, despite affirming that they are members of the party of the ex President, the PRD.

Just three weeks ago, the TV journalist Gilbert Guzmán resigned from the SIN news program, in the wake of a controversy over the release of a video in which one of Mejía’s bodyguards is seen pushing him.

Guzman said he resigned because of comments that he wanted to hide the video, and prevent jeopardizing the former chief executive’s presidential candidacy.

In the National Palace

During Mejia’s term in office, Goico was dubbed the President’s “mad dog” for his aggression against journalists, one incident even led to the firing of a video technician assigned to the National Palace Press Department.