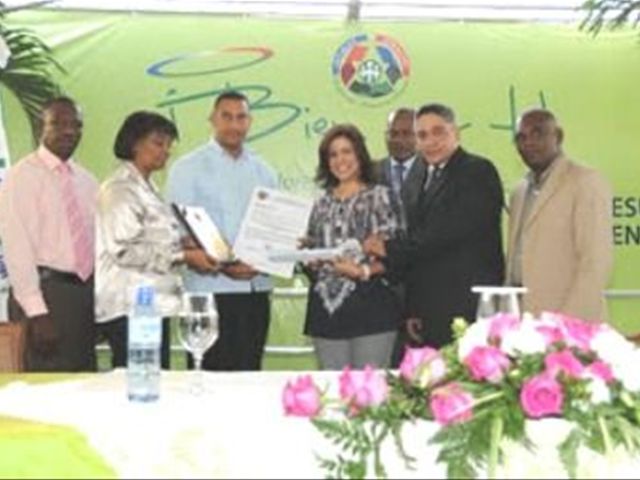 Santo Domingo.- The Youth Ministry received the Guinness Book of World Records certification that Dominican Republic is the country which has read the most in a consecutive manner, with the 365 hour mark set by five students in the Youth Reading Marathon, held July 7 to 23 last year.

Youth minister Franklin Rodriguez made the announcement accompanied by the group. “You are worthy of admiration and respect to give that record to the country.”

Rodriguez said the youngsters who feel motivated to break that mark will have the Youth Ministry as an ally.