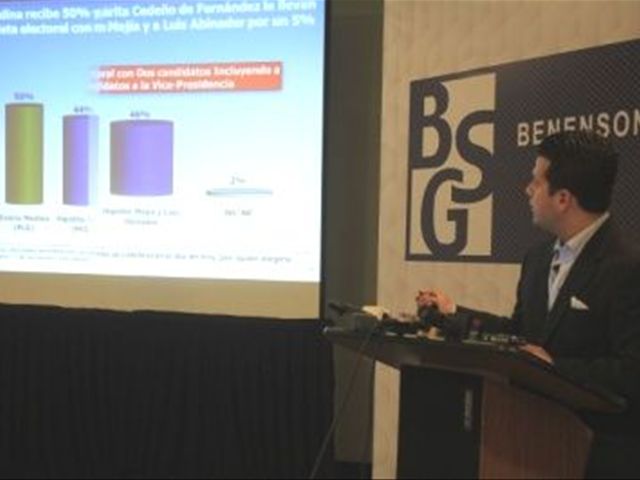 Santo Domingo.- U.S. based pollster Benenson Strategy Group on Wednesday disclosed a survey in which ruling PLD party candidate Danilo Medina has 50% of the votes and the opposition PRD party candidate Hipólito Mejía has 44%.

In the poll conducted from April 11 to 14 with 1,097 people, Guillermo Moreno, of the AlPais party has 3%; Eduardo Estrella of the DxC party has 1%, and Max Puig of the APD and Julian Serulle of the FA have zero percent.

It also found that the ticket of Medina and Margarita Cedeño has a 5% advantage over the Mejía and Luis Abinader candidacy, and a 14% edge among women.

The Benenson survey, whose margin of error is 2.96%, also found that 51% of the eligible voters say the PLD will win the elections, to 41% for the PRD, while 8% said they didn’t know.