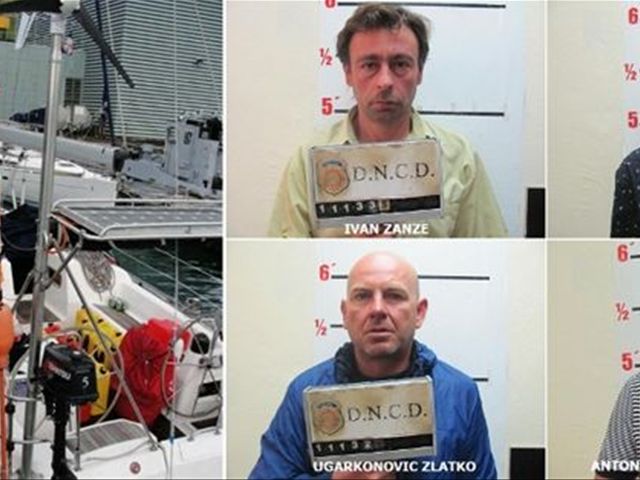 Santo Domingo.- The Antinarcotics ( DNCD) and Immigration agencies deported to their countries two Ukrainians, a Serb and a Venezuelan arrested in Boca Chica Sunday, charged with smuggling large shipments of cocaine from South America to Eastern Europe.

They said Iván Zanze, Urgakovic Zlatko, Nebojsa Gancanovic and Antonio Jose Parra were escorted to the Las Americas International Airport (AILA) and handed over to agents from their respective countries, and INTERPOL.

The DNCD said the four men were arrested as part of the raids in the Ukraine, Austria, Serbia and the Caribbean islands of Grenada, Saint Martin and Martinique, where a sailboat headed to Spain was intercepted with 175 packages of pure cocaine.

He noted however that the drugs didn’t necessarily reach Dominican territory.

DNCD spokesman Roberto Lebrón said the U.S. Drug Enforcement Administration, the French Navy, as well as police agents from the other countries took part in the local raids, with 16 people were arrested who’ll be charged with drug trafficking.