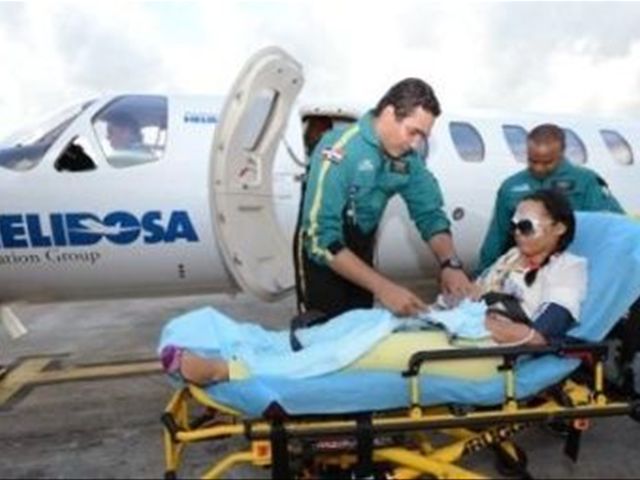 Hungria lost his right eye from a gunshot by gunmen who tried to steal her car on the busy Lincoln Av.

The Helidosa Company offered the service of an ambulance plane free of charge, which departed from the airport at Higüero.