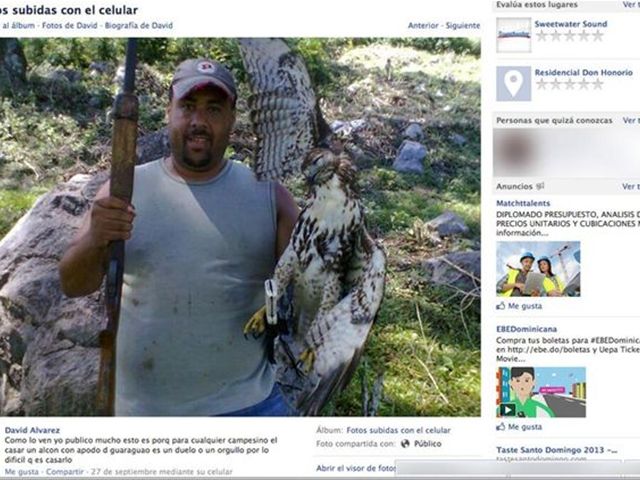 Santo Domingo.- The publication of a photo of a red-tailed hawk (guaraguo) killed by a poacher who justified it by claiming the bird attacked chickens has gone viral.

The guaraguao is a bird of prey in danger of extinction, for which it is protected and its hunting is banned.

The suspected hunter, David Alvarez had posted the photo on Facebook with the dead hawk in one hand and a rifle in the other.

In the wake of the criticism which roiled the social networks the photo, uploaded September 27 from a cell phone, has already been deleted.