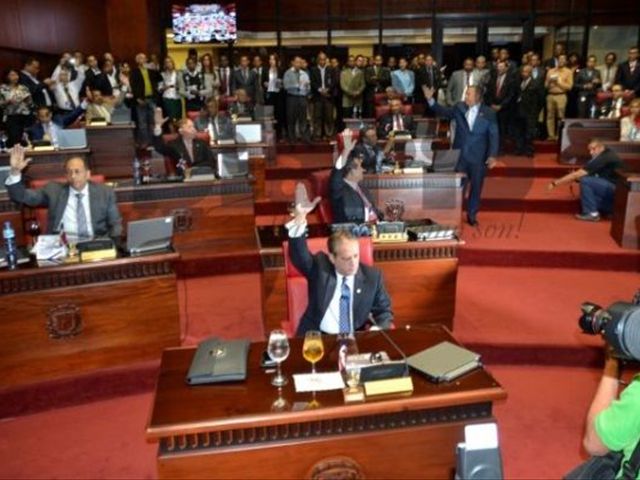 Santo Domingo.- The Senate on the second roll call Wednesday unanimously passed a bill which calls for the National Assembly’s review of the Constitution with approval of all 32 senators, surpassing the previous 21 to 10 vote, to further advance president Danilo Medina’s bid for a second term.

The senators supporters of both Medina and former president Leonel Fernandez passed the legislation which now goes to the lower Chamber where it’s expected to be debated next week.

The lawmakers added a transitional clause to the bill which states that in the event the current President opts to seek reelection for the 2012-2016 term, will be banned from doing so in the following or any another period.