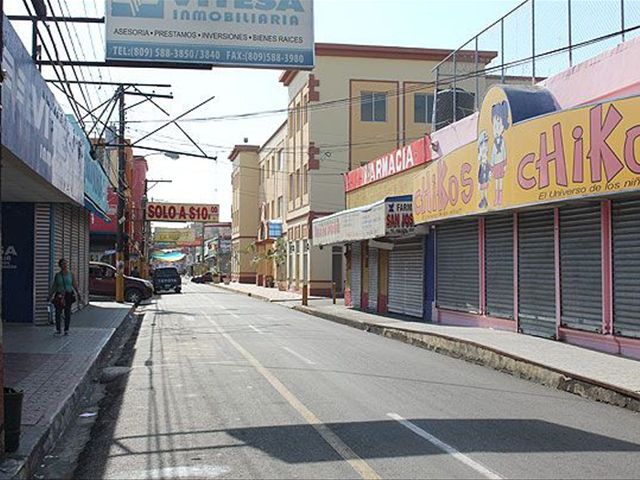 San Francisco DM, Dominican Republic.- The groups which called a the 24-hour shutdown Tuesday to demand the resignation of mayor Felix Rodriguez Grullón, charged with embezzling more than RD$400 million, said the protest was a success and peaceful, which they lifted the evening.

The key organizers including the leftist group FALPO, the Duarte Province Neighborhood Boards and the Amín Abel Hasbún Student Front, held a press conference at the Club Ercilia Pepin, to announce the end of the protest.

FALPO spokesman Raul Monegro said retailers, drivers, students and the population supported the strike in rebuke of the Mayor, who “must dispose of his arrogance and resign.”

He said corruption has overwhelmed the City, with hundreds of millions of pesos embezzled into the pockets of the group led by the mayor, instead of solving the neighborhoods’ problems.

Monegro said local groups will attend next Friday’s hearing at Santo Domingo Este Appellate Court against Rodriguez and several former officials and council members charged with embezzlement. "This is thievery of the city’s money, our money, and we want justice to be enforced rigorously, the thieves go to jail and that assets acquired, confiscated and returned to municipal coffers.”

Rodriguez accuses rival political parties and adversaries of sponsoring the protests against him.