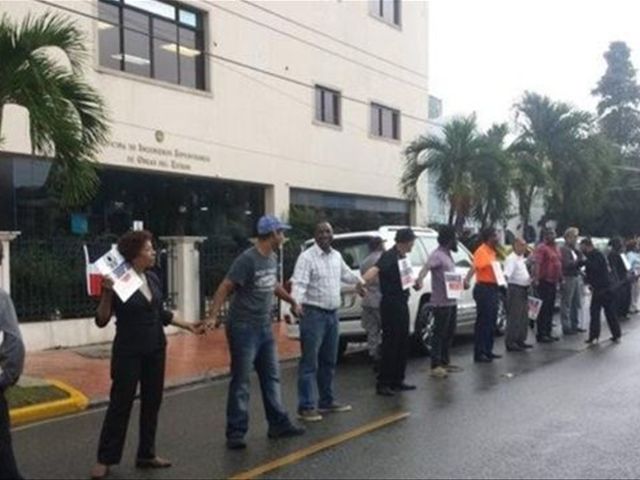 Holding hands and with chants as their only weapon, peoplefrom the various social strata grouped in Poder Ciudadano (citizen power) "chain"each other peacefully every Wednesday since October 7, near the National Palaceto demand OISOE’s closing and an end to corruption and impunity.

Movement members, who use tactics similar to the organizationswhich demanded 4% of GDP allocated to education, have been the victim of repressionby police barricades, batons, tear gas and pepper spray, and even intimidationand physical violence, to block them from reaching OISOE offices located infront of the main entrance to the National Palace.

Poder Ciudadano coordinator Manuel Robles said although theprotests’ main objective has yet to be accomplished, they have drawn theattention of the authorities and the population itself, which increasingly becomesmore aware of the need of greater social and citizen joint empowerment to cleanup public service.

"So you see that each week more people and sectors arejoining. We started with one chain and on December 9, when staged the year’s lastone, we ended up with 54 human chains around the country and two in the UnitedStates, Brazil, Israel and Jordan. And in fact they have led to a social articulation,”Robles said, quoted by elcaribe.com.do.