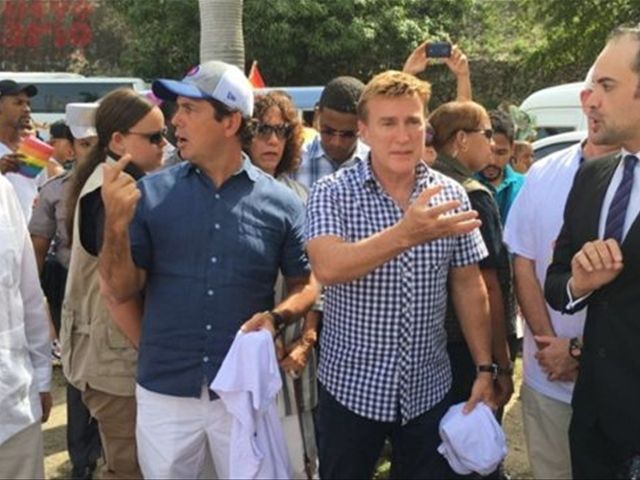 Brewster said the statements by his husband, Bob Satawake, were“misinterpreted by some media,” when the latter said the Catholic Church owesan apology to the LGBT community for discrimination.

Diplomats from Holland, Germany, the United Kingdom,Switzerland, Mexico and the United Nations also made an appearance during the"Ninth Dominican Pride Motorcade," held at the Santo Domingo port avenue.

"I feel very proud being accompanied by many of mycounterparts who are diplomats from other countries who have joined us, becausetheir countries also believe that we are all equal before the law," Brewstersaid.

Chanting loudly the participantsclamored for equality and acceptance of their sexual preferences.