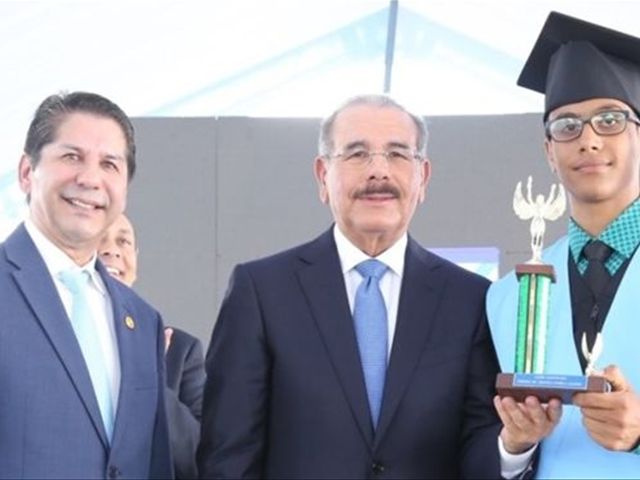 During the event, in which 63 students graduated, the Student Council president of the last school year, Diana Hernandez, delivered a speech on behalf of his colleagues.

"Today we say goodbye to all of you and to the Scientific High School, a school that became our second home, which gave us a second family and gave us a high quality education. He wanted the President to listen and live the experience we have lived, because all Dominican young people deserve an education like ours," she said.