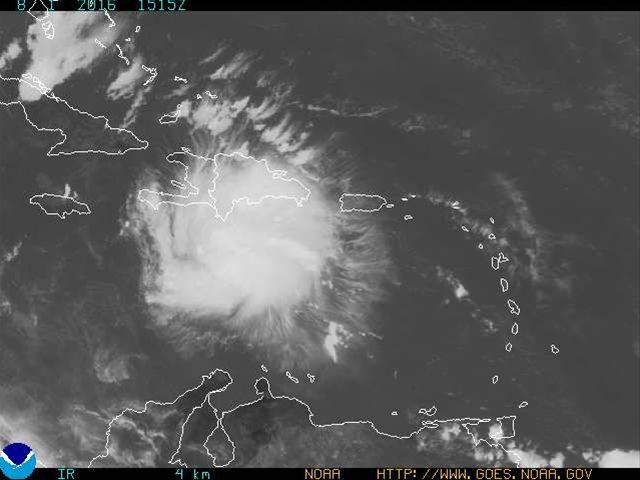 Santo Domingo.- The government on Monday announced that a planis already in place to prevent casualties from the flooding as the result of atropical wave likely to become a storm later today, while the National HurricaneCenter (NHC) in Miami reports thunderstorms associated with the phenomenon itdescribes as “strong.”

In its updated bulletin, the NHC said the tropical wave is locatedover the central Caribbean Sea about 350 miles east-southeast of Kingston, Jamaica,continues to show signs of organization.

“Earlier satellite wind data indicate that the system isproducing winds of 40 to 45 mph, and recent satellite and ship observationssuggest that a circulation is gradually becoming better defined. If this developmenttrend continues, a tropical storm is likely to form later today or tonight asthe system moves westward over the west-central Caribbean sea at 20 to 25 mph,the bulleting says.

“Regardless of development, locally heavy rainfall and gustywinds, perhaps to tropical storm force, are likely along the southern coast ofthe Dominican Republic and Haiti today,” the NHC said, adding that there’s an 80percent chance of formation through 48 hours.