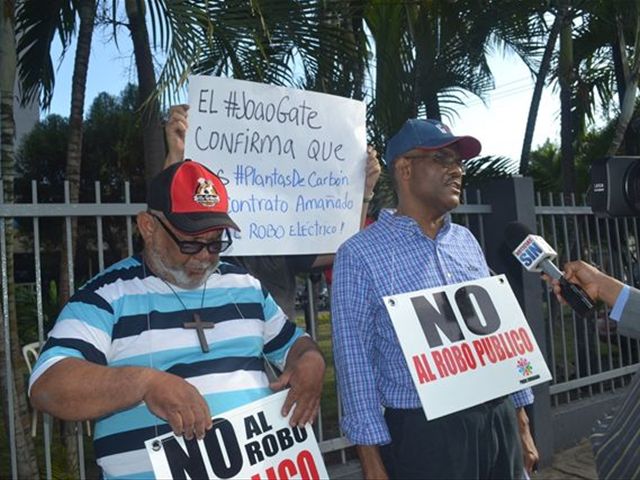 Santo Domingo.- The National Committee to Combat ClimateChange (CNLCC) on Wednesday asked justice minister Francisco Dominguez toimmediately open an investigation into the ties between the allegedly balloonedcosts of the coal-fired plants at Punta Catalina, the Brazilian contractor Odebrechtand political adviser Joao Santana since 2012, during the administration of DominicanRepublic’s ruling party (PLD).

During the human chain protest Wednesday afternoon outsidethe State-owned electric utility (CDEEE), the organization urged Dominguez toseek collaboration with Brazilian authorities to gather evidence on the PuntaCatalina contracts with the Brazilian transnational Odebrecht, the loan for theproject by Brazil’s BANDES bank, as well as the contract with Santana.

“This is all part of an ‘all-inclusive’ that benefits the existingpublic-private mafia in both countries,” the group said, and called the scandal ‘Joaogate."

Brazil’s foreign minister met with president Danilo Medinalast year to warn the country of a federal investigation into the links andmalicious behavior in relation to Odebrecht overvaluing the Punta Catalina coalplants by around one billion dollars and influence-peddling in the BANDES bank loanfor this project.”