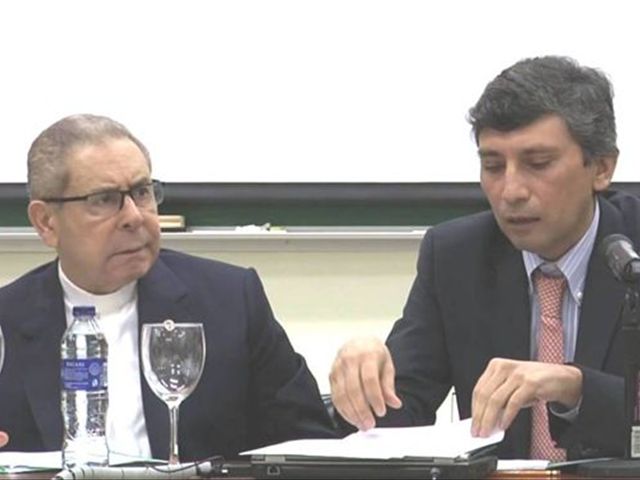 Santo Domingo.- The call for tenders for the Punta Catalina coal-fired power plant had been headed by Rodolfo Cabello, a consultant with the State-owned Electric Utility (CDEEE), who is also a Board member of Grupo Estrella, one of the project’s beneficiaries, together with Odebrecht of Brazil and Tecnimont of Italy.

The revelation is the latest dirt dug from Odebrecht’s admitted bribes of US$92 million to obtain the power plant’s construction contract and other major projects.

Press reports of June 2013 quoted by diariolibre.com on information provided by the CDEEE reveals that international consultant Rodolfo Cabello headed the bidding process for the plants, backed by several US consulting firms.

In January 2014, prior to the approval of Punta Catalina’s construction contract, CDEEE CEO Rubén Jimenez Bichara was interviewed by a media outlet, together with his adviser Rodolfo Cabello, among others.

Cabello, whose current Linkedin profile figures as "Advisor to the Executive Vice President at CDEEE" since February 2011, is part of Estrella’s Board of Directors, with the position of vocal, as evidenced by the links, now severed, on the Utility’s website.

But in a Google search the link where Cabello figures as a Board member still appears.

Diariolibre.co reports that a call to Estrella also confirmed that Cabello is a Board member and provided a company email to contact adviser, a Chilean national.

Cabello was previously at AES Dominicana, 2004-2011, and as commercial director for the Itabo power company, 1999-2004, according to LinkedIn.

In a 2014 interview, Bichara promoted the need for the coal-fired plant and in many other activities accompanied by the Cabello.

But earlier in 2011, when Cabello was an adviser to former CDEEE CEO Celso Marranzini, he was already in charge of the bidding process, noting that the plants would lower energy costs in the country, according to several media reports at the time.

Article 14 (7) of Public Procurement and Purchasing Law 340-06 states that persons who’ve been advisers at any stage of the contracting procedure may not be offered or contract with the State, participate in the elaboration of the technical specifications or the respective designs, except in the case of supervisory contracts."