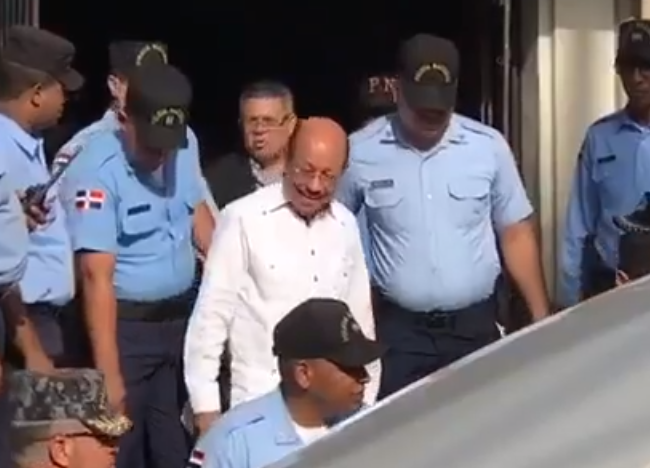 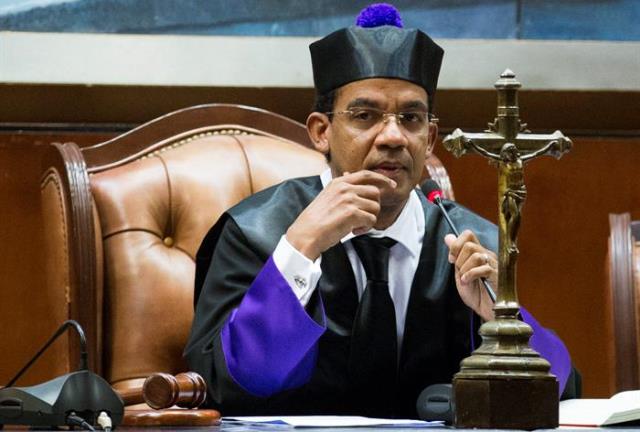 Santo Domingo.- The detainees in the Odebrecht bribe case have begun arriving at the the Supreme Court for arraignment, set to start at 10am.

FILE: Supreme Court justice Francisco Ortega, continues sday, the arraignment of the accused of taking bribes from the company Odebrecht starting 10am Tuesday, under a wave of critique of the way the case unfolds and as civil society sectors press for punishment by staging a vigil in front of the high Court this afternoon.

The expectations are focused on the fate of 10 of the 14 indicted, who’ve been in custody since Monday of last week at the Ciudad Nueva courthouse, including Industry and Commerce minister Juan Temístocles Montás, as well as several former senior officials and lawmakers, both from the opposition and the ruling party.

The defendants face as long as 18 months of pretrial detention, as Justice minister Jean Alain Rodriguez requested in the indictment which charges them of taking Odebrecht’s admitted bribe of US$92.0 million to obtain public works contracts.

The judge must decide whether to keep the defendants in jail or house arrest by posting bond. The lawmakers Alfredo Pacheco, Julio C. Valentin and Tommy Galan were not detained because of their parliamentary immunity.

Several lawyers quoted by diariolibre.com say the judge could rule to set bond and release the detainees, since they don’t pose a flight risk.