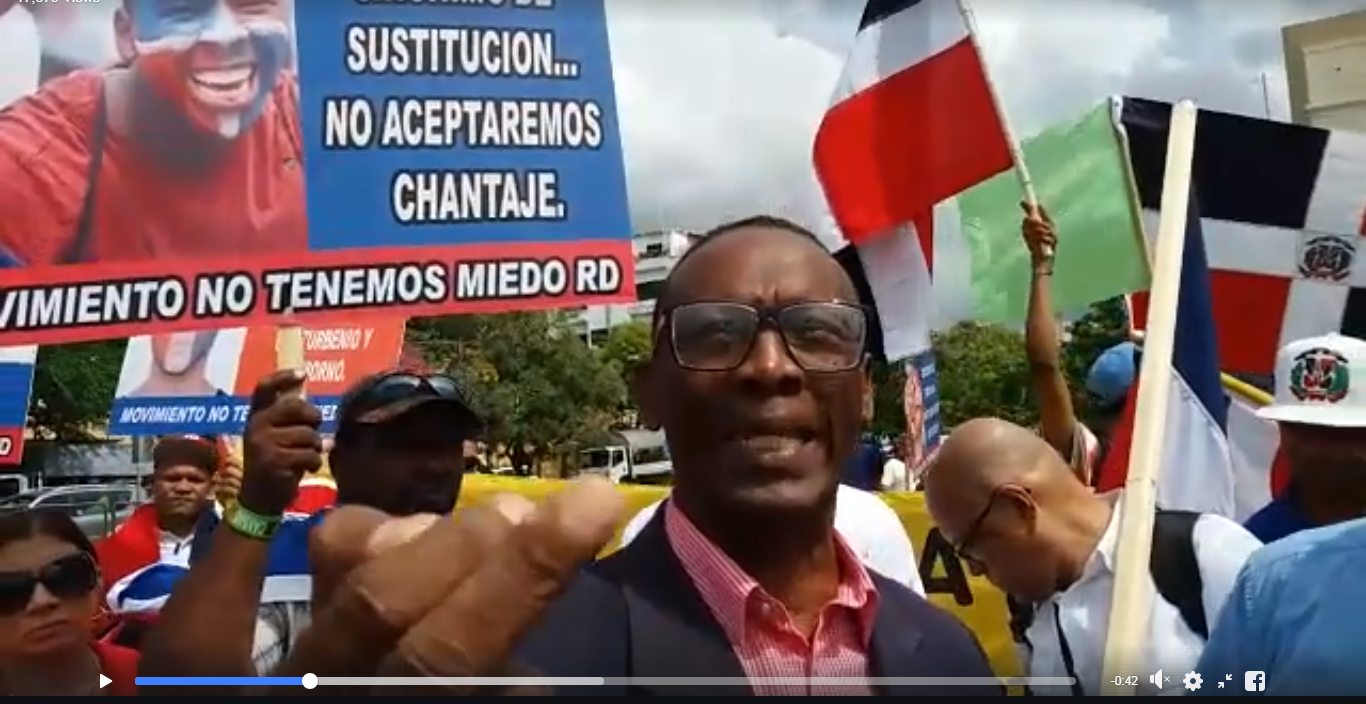 Santo Domingo.- With banners and the national flag in hand, the group “We have no fear” on Thurs. picketed the National Palace to demand the exit en mass of Haitians from the Dominican Republic.

“All Haitians who are illegally in the Dominican Republic have to leave. Danilo cannot give away Dominican citizenship for the convenience of a vote,” he said.

He said the Government’s plan to regularize Haitians is a failure.

Meanwhile, Manny de León, who claims being a member of the National Commission for Human Rights, warned that if the undocumented Haitians aren’t deported, the country risks violence such as the recent deadly event in Pedernales (southwest).