Medina admits surge in violent crimes ‘in the street again’ 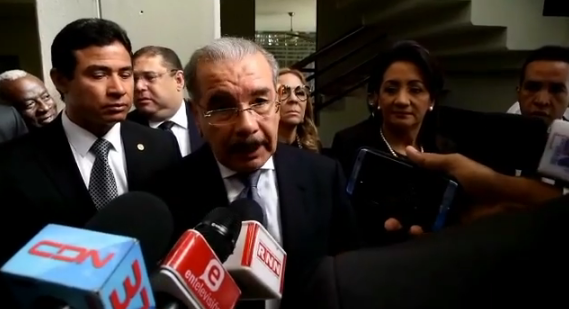 Santo Domingo.- President Danilo Medina on Wed. acknowledged  a surge in violent crimes in recent days, after it had diminished over the last few months.

Asked if there’s a need to resort to the strong-arm tactics, Medina said that’s up to the regime of law and justice.

“Once again there’s been an outbreak of violence that must be faced in an unwavering manner, the police are in the streets and the police councils are assembled, crime had declined noticeably and we are going to the street again.”

The president spoke at a local funeral home where he offered consolation to vice president Margarita Cedeño, on the death of her father, Luis Emilio Cedeño.