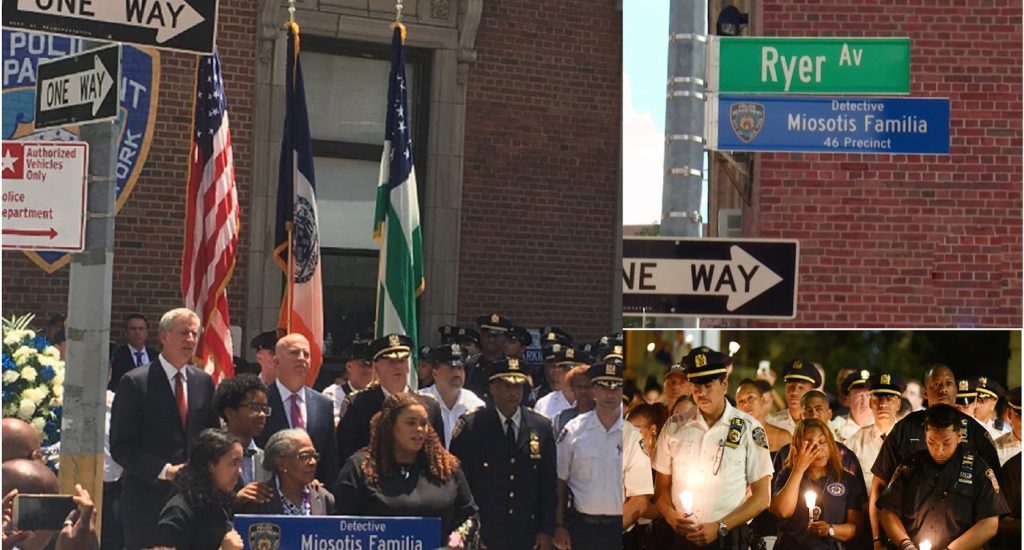 New York.-  Hundreds of New York police and civilians, led by mayor Bill de Blasio and police commissioner James O’Neil, gathered Thursday in front of the 46th block in the Bronx, to honor Dominican-born police officer Miosotis Familia, murdered while on duty on the morning of July 5, 2017.

The ceremony also served to rename the corner of Ryer Av. with 181st St., “Detective Miosotis Familia, 46 Precinct”, to immortalize the fallen officer, mother of three and who was 48.

The mourners lined up in front of the precinct for a candlelight vigil that marked the anniversary.

“It saddens me a lot because I know that my pain is magnified by what everyone else here feels,” Familia’s daughter, Genesis said in tears.