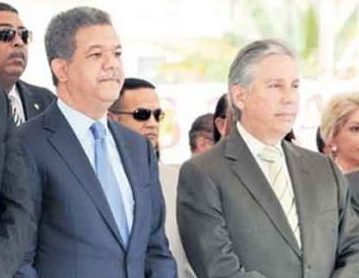 Santo Domingo.- Manuel de Jesús (Freddy) Pérez, former Public Works minister during Leonel Fernández’s administration, was charged on Thurs. with embezzling more than RD$130.0 million from the sale of the building that houses the Industry and Commerce Ministry.

The former official and close collaborator of Fernandez accuse of abuse of trust and criminal conspiracy, together with the contractors Públio José Silfa Valencia and Ramón Andújar Ramírez.

Gomez demands that Attorney General, Jean Alain Rodríguez clarifies the situation. He said the contractors claim that they didn’t profit from the sale of the property, because Perez allegedly took a US$3.0 million “commission.”

The plaintiff’s lawyers claim that Gómez is entitled to more than RD$130.0 million, a sum they claim was embezzled by Fredy Pérez, Silfa Valencia and Andújar Ramírez.