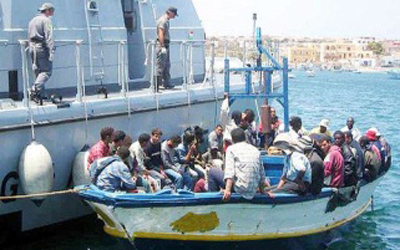 It said the operations, which included areas of La Altagracia and La Romana provinces dismantled two boat construction shops, and seized some yolas.

The Navy said that among the eight men held figure some with a long rap sheet for trafficking undocumented immigrants to Puerto Rico. “They are being investigated to be handed over to the judicial authorities within the next few hours.”

The detainees were escorted for questioning to Naval Intelligence headquarters in Santo Domingo Este, prior to arraignment.