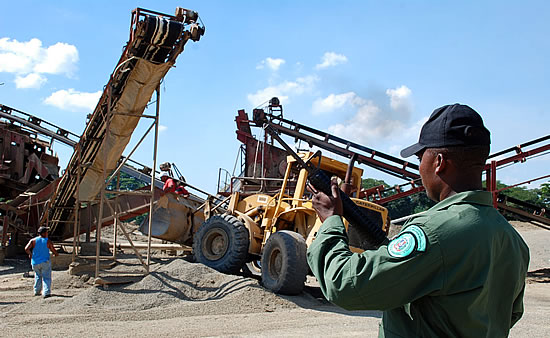 File photo of an illegal aggregate mine at Camu river.

Santo Domingo.- The National Environmental Protection Service (SENPA), in coordination with the Environment Ministry, halted the extraction of aggregates at nine sites, arrested 139 people, and impounded 72 vehicles in operations during the last two weeks.

The SENPA said five storage areas and three sawmills were dismantled for violating the Environment and Natural Resources Law 64-00.

“These operations are carried out in accordance with the provisions issued by the Ministry of Defense, and Lieutenant General Rubén Darío Paulino Sem, and are supervised by the Director General of SENPA, Colonel Omar Gitte Mejía, whose objective is to redouble the actions,” the agency said in a statement.