3 of 4 children accidentally poisoned in Pedernales are discharged 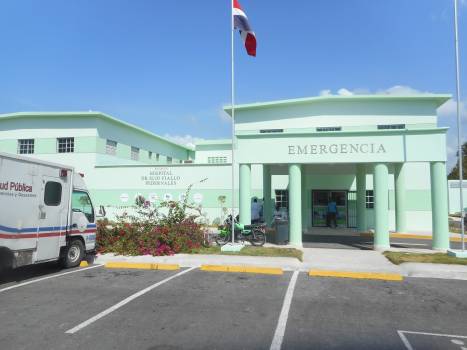 SD. Three of the four children who were affected when they ingested poisoned meat in Pedernales were discharged on Thursday night. The meat consumed by the children supposedly was cooked with tayota (chayote) then set out to poison stray animals, due to the proliferation of dogs with rabies in the area, which had caused the deaths of two children last December.

The four children, of Dominican-Haitian origin, are brothers ages 3, 4, 10 and 11 years, and were admitted to the Elio Fiallo hospital after suffering severe stomach pains and vomiting. The children explained that they found the meat on the street, cooked it and consumed it.

The situation occurred in the Los Altagracianos neighborhood, where some people speculate that the meat could be thrown by unknown persons to poison dogs and cats, due to cases of canine rabies.

The situation occurred in the Los Altagracianos neighborhood, where because of the large number of people who have suffered bites from dogs and cats in recent days, unknown people have been throwing poisoned food to eliminate these animals.

This situation underscores and highlights the importance of not introducing poisons of any kind into the environment for any reason.