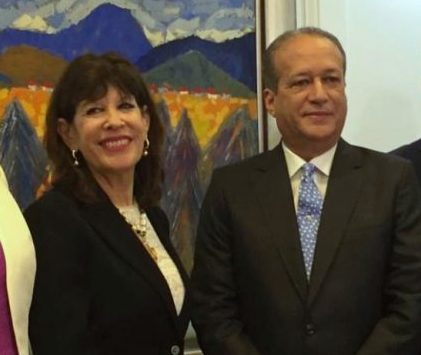 Santo Domingo.- United States ambassador, Robin Bernstein, said  Tuesday that the US State Department’s travel alerts to its citizens are routine and that in Dominican Republic’s case “have no problem with this magnificent country.”

In reaction to president Danilo Medina’s request to Donald Trump to repeal the State Department’s “level 2” warning as a destination in which tourists may face robbery, sexual abuse or even murder, the diplomat said they regularly issue that rating based on the statistics on crimes in different countries and that these can change from level 1 to 4, in ascending order according to the danger.

“The vast majority of tourists who visit the Dominican Republic have no problem with this magnificent country,” Bernstein said during a visit to senate President Reinaldo Pared.