VP is the most popular Dominican politico, but not in votes 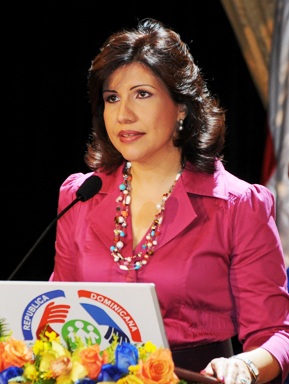 Santo Domingo..- Despite being Dominican Republic’s most popular figure, vice president Margarita Cedeño isn’t among the favorites for the 2020 election, according to the Mark Penn poll released Thurs.

The survey found that president Danilo Medina is the favorite to win the elections, although with only 30% of the intention of the vote.

He said the poll interviewed 1,007 voters face to face nationwide, with a margin of error of 3%.