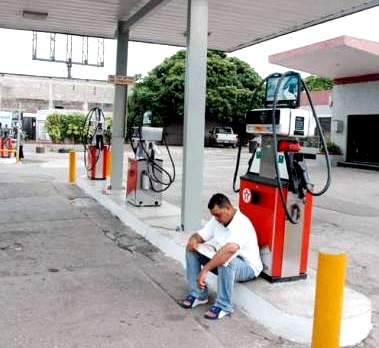 “It’s not the first time that Anadegas makes such outlandish and irresponsible statements alleging cases of fuel, but never cites or provides evidence, doesn’t give names or identifies people or sectors involved,” said Industry and Commerce PR Manuel Jiménez in a statement.

Yesterday Rivas said Government and Industry and Commerce officials run a mafia that operates a black market of fuels, which has pushed retailers to the brink of bankruptcy.

pointed out that due to this situation, starting next Monday, a series of regional and national stoppages will begin in fuel sales at stations affiliated with Anadegas in the northeast region, which will continue in the north, south, east, and northwestern regions.

“That disorder, that black market of fuel, bankrupts the retailers, and that mafia is sponsored by Industry and Commerce officials, from the Government who share the booty,” Rivas said and announced gas station lockouts in protest.