To cut crime part of the 2.0M bikes must be yanked off the streets 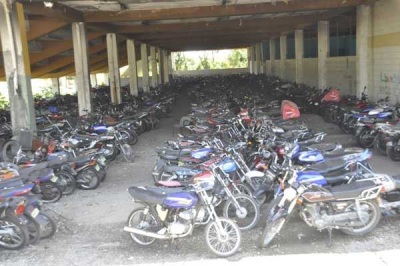 Santo Domingo.- To control crime part of the two million motorcycles in the streets have to eliminated, because many of those who commit crimes do utilizing them to assault anyone, said National Investigations Dept. (DNI) director Sigfrido Pared on Wed.

“We are looking for how to get those motors out of the streets and those that remain have a mandatory identification plate,” the official said.

“The problem of motorcycles got out of control in the 1970s and 80s, due to that there were companies that imported, chassis and parts and assembled the engines in the country, which circulated in the streets without documents.”

Pared, interviewed by the Corripio Communications Group warned that the motorcycle thuggery must be taken to its “minimum expression.”