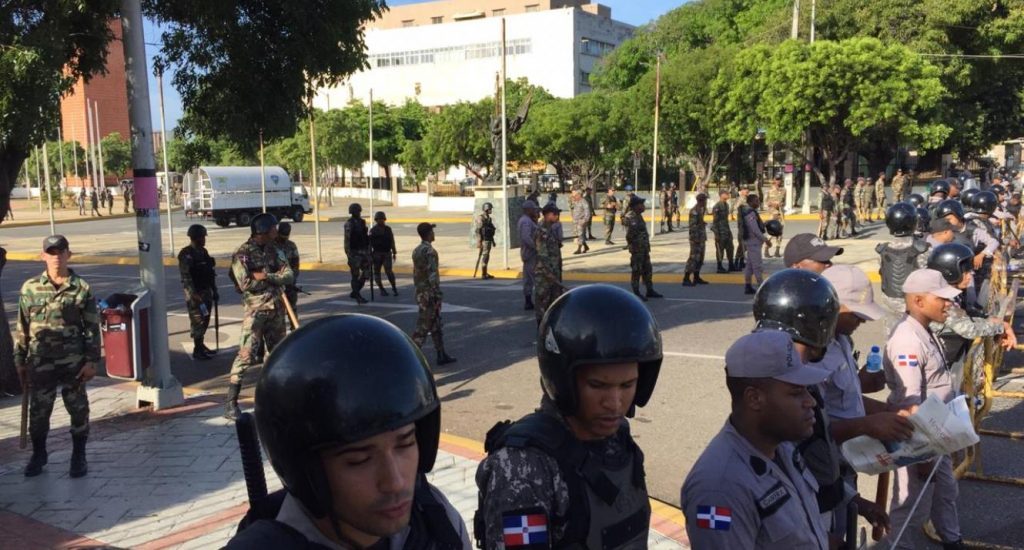 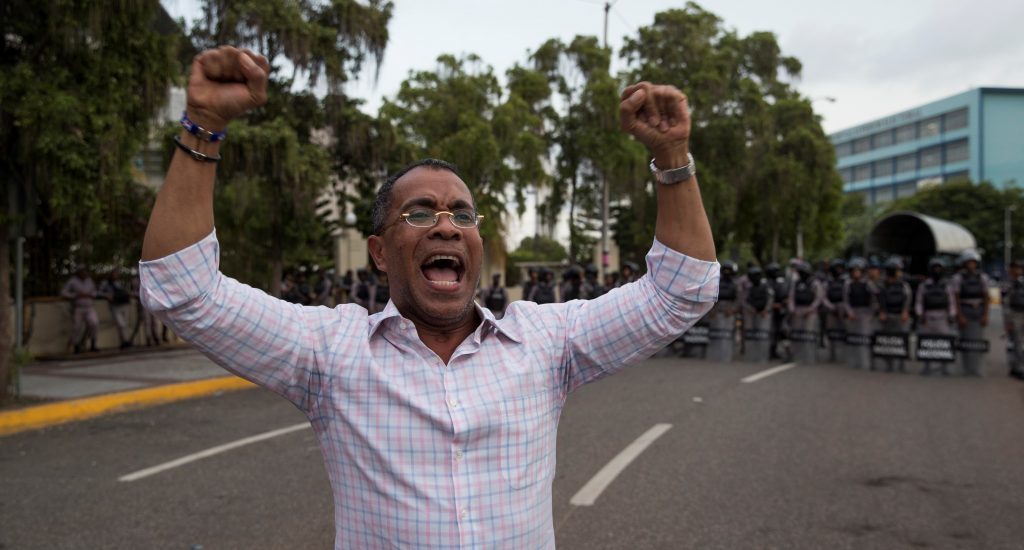 Santo Domingo.- As 8:30am Monday, police officers cordoned off Congress, on announced, continuing protests against possible attempt to amend the Constitution.

Former president Leonel Fernandez on Sun. announced that starting Monday they’ll intensify their fight in front of Congress with the signing of a book against a new reform.

Former president Leonel Fernandez announced that as of Monday they’ll escalate the fight against the effort to amend the Constitution.

The statement prompted the deployment of dozens of police officers at Congress.

On June 24 a group of Fernandez supporters announced the erection of a campsite in front of Congress, but were dispersed with teargas upon arrival.