Defense Minister says they have control of the Dominican-Haitian border 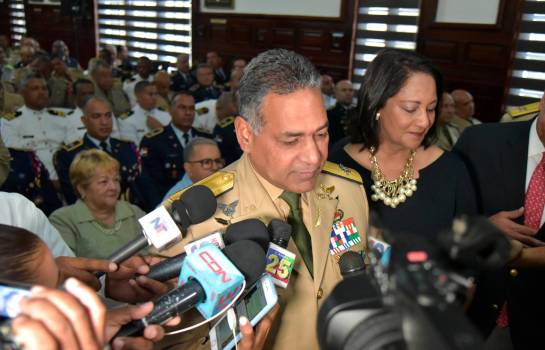 The Minister of Defense of the Dominican Republic highlighted the strict control that the authorities have throughout the border with the neighboring country of Haiti, indicating at the same time that there are more and more shipments of contraband goods seized in the area.

Lieutenant General Rubén Darío Paulino Sem said that in order to achieve that control in border communities with Haiti, Dominican authorities are assisted by 43 drones and fixed and mobile patrols, aided by soldiers of the National Army.

“What we are now is seizing many products that they want to smuggle into the country such as garlic, cigarettes, spirits, and marijuana they bring from Haiti,” said Lt. Gen. Paulino Sem.

He said that the Ministry of Defense has defined the avenues of approach that go from the provinces Santiago de los Caballeros, Santo Domingo and the South, where several drones with the most advanced technology are also used.

As for the construction of a wall on the border with Haiti to prevent the transfer of people to Dominican territory, the Minister of Defense understands that the best wall is the companies that are installed throughout the border area so that both Dominicans benefit as Haitians.

Regarding the presence of dozens of expectant Haitian mothers in the hospitals of Dajabón and Santiago, the Minister of Defense said that it is a matter for the Directorate General of Migration.

The declarations of the Minister of Defense were produced during a conference on the Restorative Gesta at the headquarters of the Santiago governorate, whose epic met 156 years Friday.