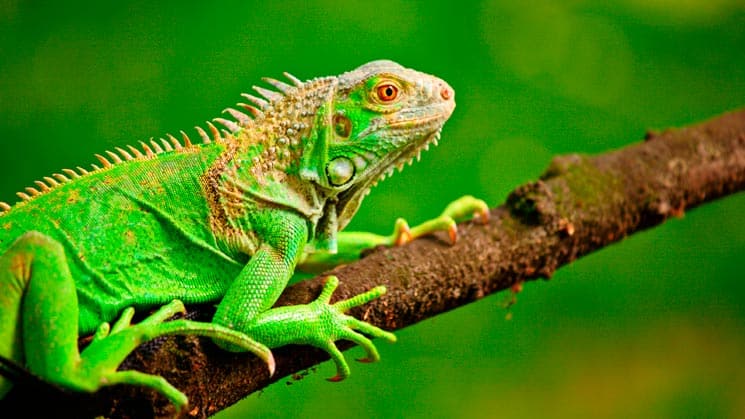 SANTO DOMINGO, Dominican Republic.- The invasion of green iguanas requires that the Dominican Republic react and that its authorities act intelligently and systematically to find a solution, to establish an early response and population monitoring system or different subpopulations established, recommended Jane Haakonsson, land officer of the Government of Cayman Islands, and Rosanna Carreras, professor of INTEC.

This species was introduced in the country about five decades ago and now it can be found naturally invading agricultural and forested areas.

“Green iguanas are bad news because they defecate in swimming pools, cars and cause damage to human health. In addition, they damage the infrastructure as they dig under roads causing collapse and are an extreme danger on the roads and mean an expensive delay in airports,” Haakonsson noted.

During the talk “Management actions on the Grand Cayman Island: controlling the overabundance of the green iguana,” gave thanks to the support of USAID-USFW, in collaboration with the Technological Institute of Santo Domingo (INTEC) and the National Museum of Natural History, the representative of the Cayman Islands government revealed that the green iguana was introduced there in the 1970s, marketed as an exotic pet.

Rosanna Carreras, an INTEC teacher, said that it is very important that when a Dominican buys an exotic pet, they should understand the responsibility of owning an animal that is not native to their country.

“The authorities are aware of their sale and trade and that is why they are actively confiscating animals. However, the citizen must also address the problem by avoiding the release of exotic animals in natural environments and if they find a green iguana nest the right thing would be to destroy and report it,” she said.

Carreras noted that in some places with high tourism they are used as an attraction, while, “behind closed doors, green iguanas destroy mangroves, golf courses, and roads.”

As the numbers of iguanas, whose reproductive female can lay up to 80 eggs per year, increase, infrastructure damage and natural habitat degradation will increase exponentially, she warned.

The teacher understands that it is necessary to estimate the densities of green iguana that exist in the country and map the areas of high densities to begin to draw up a national control plan.

“With the present figures observed in some regions of the country its eradication is impossible, therefore, this will be a problem with which we will have to live and find solutions,” Carreras explained.

Green iguanas cause damage to public health and safety through the transmission of zoonotic diseases, caused by viruses, bacteria and parasites.

“The risks to human health are caused by the presence of decaying iguanas following natural deaths in the invaded habitat, where the carcasses can disperse pathogens into the environment,” Haakonsson said.

These disease risks are already present on the Grand Cayman Island, where a new bacterial infection was recently identified causing death to the blue iguana, an endangered species.

“Green iguanas, in turn, are feeding on indigenous native wild animals, such as chicks of birds and bees, therefore, endangered bird species are at serious risk,” Haakonsson said.

Carreras said that these reptiles can be asymptomatic carriers of Salmonella, a bacterial disease that can cause diarrhea, fever and stomach aches, and that it is easily transmitted from reptiles to humans.