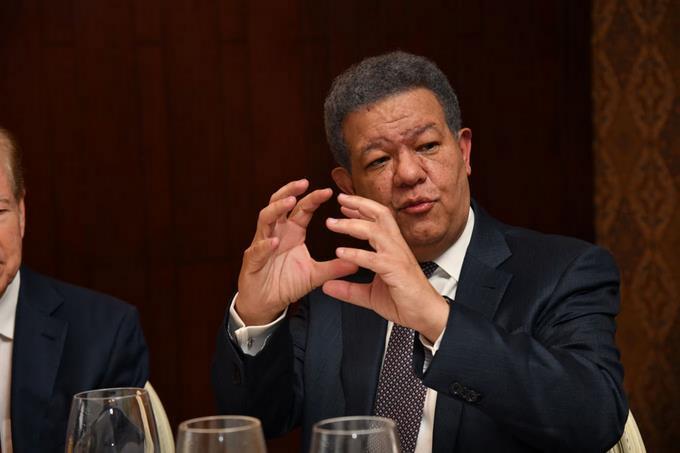 Amid the uncertainty that has been generated about whether the president of the Dominican Liberation Party (PLD), Leonel Fernández, will leave that organization or if on the contrary he will support the winning candidate of the primaries of last October 6, Gonzalo Castillo, finally the former president of the Republic will speak to the country on the subject tonight.

His speech is scheduled for 9:00 at night through the Telemicro channel, and a network of radio, television, and social networks informed the communications address of the ex-president.

After the celebration of the simultaneous primary, the PLD plunged into one of its worst crises, which has led four of its followers who held important positions in the government headed by Danilo Medina, to resign from their posts.

Today is the third time in eleven days that Fernández is addressing the nation after his disgust at the results of the primary elections and about his decision to the PLD in suspense.

Fernandez denounced a colossal fraud that snatched the victory, by ensuring that the equipment used by the Central Electoral Board (JCE) was manipulated by an Indian hacker who was brought to the country for those purposes.

However, certifications issued by the telephone companies Claro and Altice, indicate that there were no failures in the security of the networks during the celebration of the primary.

Altice reported that the telecommunications network and the equipment that make it up worked adequately. Claro Dominicana said that after reviewing the access control system, it was found that there are no indications that the operation of the equipment that provides connectivity services for the private network used in the electoral process was compromised.

However, Fernández says that the popular will was altered from three points in the country during the night of October 6th.

For the first time in the 35 years that the PLD is founded, it is in a crisis of this nature, because of the clashes between its two foremost leaders, the former head of state and the current president of the Republic, Danilo Medina.

In fact, it has been rumored that because of that situation, Leonel Fernández’s resignation from the PLD is already imminent.

Through his Twitter account @LeonelFernandez, the former governor wrote: “I invite you to listen to the message that I will offer to the entire Dominican people tomorrow Sunday at 9 pm. Join me by tuning this address on radio, television, and digital media network, with Telemicro, channel 5 as the parent station.”

Last Friday, the head of Gonzalo Castillo’s campaign, Rubén Bichara, said that a possible departure from Leonel Fernández would not have to affect the structure of the PLD.

“A hypothetical departure from Leonel Fernández would not have to affect us. We will continue to be the power party, and the structure will remain intact working for the 2020 elections,” he said.

Bichara spoke at the end of the act of proclamation of Castillo as a presidential candidate of the Liberal Action Party (PAL), chaired by Maritza López de Ortiz.

On his side, Alejandro Montás said that Leonel Fernández is still the president of the PLD and should be treated with respect, but made it clear that he must abide by the proclamation of Gonzalo Castillo as a presidential candidate.