On Sunday the PTD will proclaim Leonel as its candidate 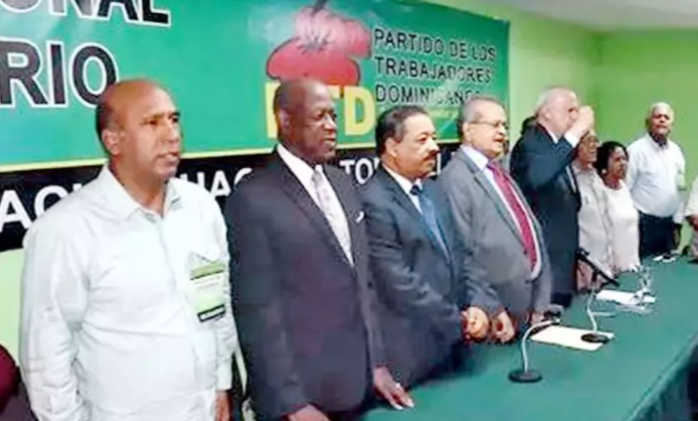 Last Sunday the PTD decided to change its name with the presence of leonelistas.

The Party of Dominican Workers (PTD), which will be renamed “The Force of the People (LFP),” will have its National Convention next Sunday in which it will proclaim as the presidential candidate the former president of the Republic and the Dominican Liberation Party (PLD), Leonel Fernández.

This was reported yesterday by the current president of the PTD, Antonio Florián, who explained that the technical team is putting the final touches on changing the name of the organization to “The Force of the People,” whose document will be submitted today to the Central Electoral Board ( JCE).

According to the statements offered by Florián, the ex-president will preside over the Force of the People once the JCE assumes and incorporates the results of the congress on Sunday, that the current Central Committee of the PTD meets and that same body be expanded along with the Political Committee. “From there, the presidency and the general secretariat of the party that is established in the agreement that we signed with Dr. Fernández will be established,” emphasized the current leader of the PTD, Antonio Florián.

This next Sunday 27, the Great National Alliance Renewal (Win) coalition, made up of different opposition parties, and the PTD, will hold its conventions and elect Fernández as a presidential candidate for the 2020 presidential ones. Block parties are also part of the coalition Social Democratic Institution (BIS), Quisqueyano Christian Democrat (PQDC), National Progressive Force (FNP), of National Unity (PUN). This alliance has established that in its conventional processes, each of the parties will present common candidacies at the congressional and municipal levels.

What does the agreement with the PTD say?

The agreement that was supposedly signed by Leonel Fernández and the PTD stipulates that all the candidacies that Leonel and the People’s Force that he represents will respect the reservations of the PTD. The same will have to be done by those of the Dominican Workers Party with the proposals that those of LFP represent.

The Political Committee will be expanded to have 35 members, and the Central will be taken to 365.

Of those 35 of the CP, 20 will be carried by the former president; 10 of Florián and the other five will be defined by mutual agreement between the parties. On the change of the name to “The Force of the People (LFP),” the colors and symbols, will be selected by Leonel Fernández.

They say Leonel can be a presidential candidate

The parties of the Great National Renewal Alliance were proclaimed open to make integration pacts with other recognized organizations and movements. They ratified that according to the wording of articles 49 number 4 of the Law of Parties, and 134 and 135 of the Organic Law of Electoral Regime, given that they do not establish legal impediments, Fernández can be and will be the presidential candidate of those political organizations.