One dead, 22 hurt in bus crash near Samana 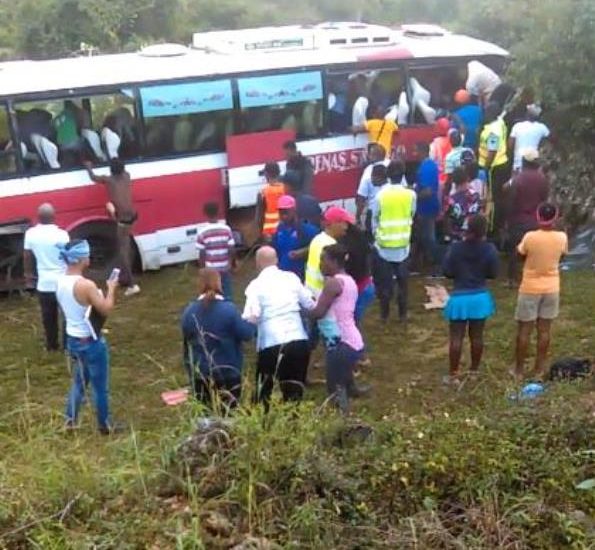 Santo Domingo.- One death and at least 22 people were hurt in a bus crash on the Juan Pablo II highway (east) Thursday morning.

According to preliminary reports, the wreck occurred on the Las Terrenas highway  at 7 in the morning, at a time when the bus driver lost control of the vehicle, which skidded and got caught in some bushes.