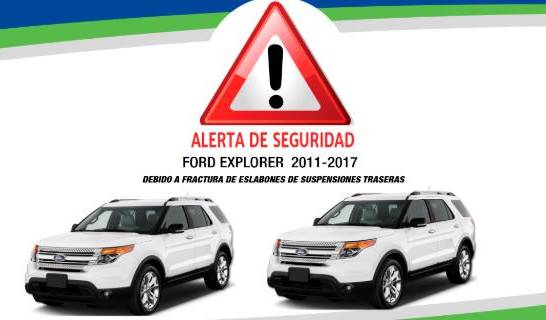 Santo Domingo.- The Ford Explorer SUVs in the country model years 2011 to 2017 have a damage that could cause an accident and endanger the lives of occupants, Consumer Protection (Pro Comsumidor) warned Wednesday.

The problems of the SUVs are in “the rear suspensions, which could cause lack of control in the stability of the vehicle, increasing the possibility of accidents that could endanger the lives of their owners,” said the agency in a press release uploaded to its website.

According to the entity, the vehicle manufacturer, Ford, notified that some Explorer models have an “irregularity due to broken rear suspension links, which increases the risk of a crash.”