Twelve deaths during the Christmas holiday 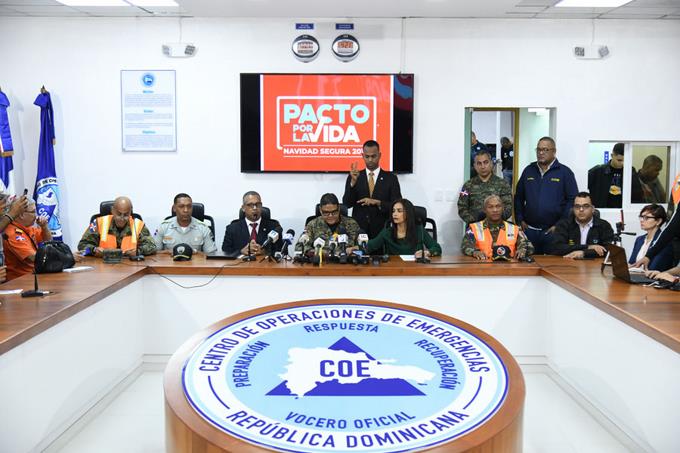 A total of 12 people died from traffic accidents during the first phase of the “Pact for Life 2019” operation.

According to information provided by the director of the Emergency Operations Center (COE), General Juan Manuel Méndez García, 95 traffic accidents were recorded, with 12 people killed.

He specified that of the accidents, 53 were on streets and avenues and 42 on highways and roads, with 74 motorcycles involved, 14 cars, a heavy vehicle, and six run-ins. With a balance of 125 people affected. The COE reported that a total of 5,926 road attendances were performed.

Méndez said that 214 people were treated for alcohol poisoning, 19 of them were minors. About 143 for food poisoning, the data was offered by the National Health Service (SNS).

It was revealed that there were a total of 2,988 needing medical assistance.