Clusters of garbage remain a problem in Santo Domingo East 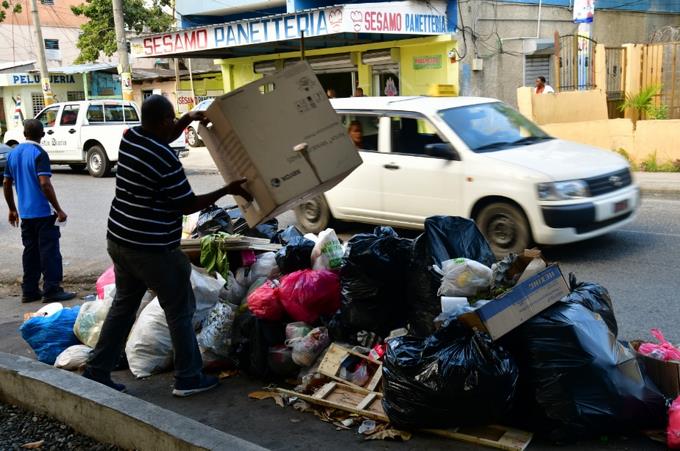 Garbage and sewage collection create the most common and uncomfortable conditions for the citizens of Santo Domingo East, who are dissatisfied with the negligence of their demarcation authorities to solve these problems.

A large cluster of garbage is one of the uncertainties that appear in the Spain corner of the ESSO terminal corner, which affects the passer-by and discourages the enjoyment of the area, according to Samuel Herrera.

“There they must put containers to throw the garbage or someone to protect the area; there was a watchman station and they took it away,” said Herrera while trying to enjoy the breeze that came from the sea.

Although Herrera did not deny the mayor’s attempts to collect garbage, he advocated a complete solution to the problem. “The truck passes but they throw garbage at all hours. This is an avenue; it is the center of the city they must protect it,” he reiterated.

On the other hand, in Cuarta de Los Mameyes street, the inhabitants claim to live by obligation in the face of the situation that prevails with the spill of water that flows from a sewer, affecting access to customers to the commercial establishments present in the area.

“That water stinks a lot. No one has come from the town hall, they just say they have to make a speed bump. When that floods, they don’t find a way to go to the bakery to buy,” said Marlenis Sánchez, who works at a bakery in the area.

In addition, Juan Isidro Adames, owner of a hairdresser in the same street, said that the problem has been going on for about two months and that some politicians are his clients but they do not pay attention to the claim.

“Unfortunately we are orphans of authorities, I even cut several politicians hair but none say anything,” he said.

Fecal sediment, bad smell and penetration of dirty water to homes and commercial premises is a nuisance to the daily living of the inhabitants.

“I work here because it is obligatory but no one can stand the smell and when it floods and the cars pass they make us dirty with mud … I would like them to come to our aid because the truth is that the situation is beyond ugly and nasty,” said Adames who held his drone in the hand.

On San Vicente Avenue it is being affected by the little space available for pedestrians due to the occupation of sidewalks by commercial points, which exhibit mannequins and the diversity of merchandise they offer.