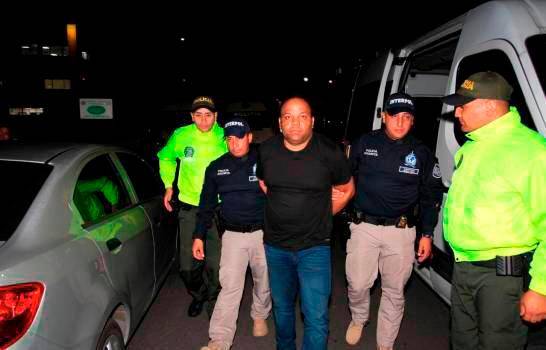 
In the year that is about to conclude there were events that have put in the public debate multiple questions about the image and institutional credibility of the National Drug Control Directorate (DNCD).For the agency, 2019 began with the resignation of its president, Major General José Eugenio Matos de la Cruz, on January 18, a few hours after President Danilo Medina said that “drug trafficking has penetrated many areas in the Dominican Republic, including military and security areas.”The president reacted by being questioned by the media about the occurrence of various blood events that had recently occurred, including the confused death of the police colonel, Daniel Ramos Álvarez, during the exchange of a point of sale of drugs, in Baní, Peravia province, which occurred on January 8.In substitution of Matos de la Cruz, Vice Admiral Félix Alburquerque Comprés, current president of the DNCD, was appointed.

The first week of August, a video captured by security cameras of the Barbería El Maná in the Villa Vásquez municipality, Montecristi province, which showed several DNCD agents and a prosecutor breaking into the place while making a raid, went viral on social networks a client and several hairdressers were inside.

The audiovisual provoked a wide debate that involved the president of the DNCD Felix Alburquerque Comprés, who came out in defense of the members of the institution.

A commission appointed by the Office of the Attorney General of the Republic examined the video and determined that prosecutor Carmen Lisette Nuñez, who had been suspended and had resigned from office in the course of the investigation, violated the protocols and procedures as well as Major Víctor Ignacio Encarnación Captain Juan de Dios Heredia Martínez, Sergeant Mártires Cuello Ramírez and Corporal Juan Antonio Arias Peguero and Corporal Air Force Corporal Adam Rodriguez Pichardo, for which they were canceled from the DNCD. When the capture of the alleged drug trafficker, César Emilio Peralta “El Abusador,” accused of running a drug trafficking and money laundering network took place in Colombia on December 2.

The president of the DNCD, Vice Admiral Félix Alburquerque Comprés said that the Abuser was in Dominican territory and had fled to that South American country just days before he was arrested.

In contrast to that version, General Henry Sanabria, commander of the Police in Cartagena, Colombia, where they caught El Abusador, said that “that person (César) had been in Colombia for several months. “The Abuser” is currently pending extradition to the United States, where he will be prosecuted for introducing thousands of kilos of drugs into that territory.

Allegations that agents of the DNCD place substances on many of the people who stop and make excessive use of force and psychological manipulation, as in previous years was present throughout 2019. A shameful case was the persecution and mistreatment of a doctor who took refuge in a clinic. The DNCD agents confused him with César El Abusador.