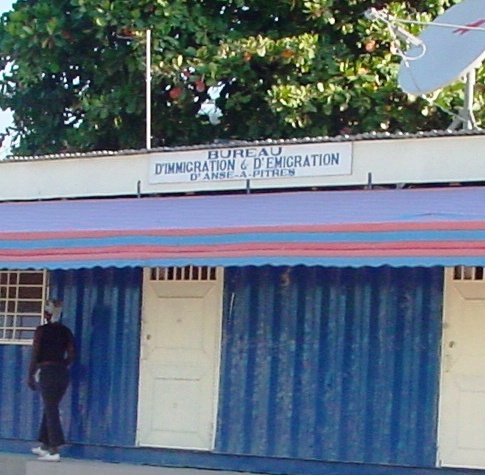 -Pedernales, Dominican Republic.- Six Haitian police officers fled from the Anse-A-Pitre community and took refuge in Pedernales, after a confrontation with a group of people during which a Haitian nicknamed King Kong was killed and the town’s precinct was set on fire.

The Haitian police officers were transferred from Pedernales to Jimaní (west).

On Thur. the Dominican military checkpoints, surveillance, patrols and intelligence services were heightened along the border, after the incident where reportedly some Haitians were also injured.

It was learned that the precinct’s furnishings, several Haitian police vehicles and two with Dominican license plates that were allegedly impounded there were also burned to the ground.

Local media report that the fracas ensued when Haitian police were in pursuit at a disco of a Haitian known only as Nenel, but a mob prevented the arrest, so the officers fired several times hitting King Kong, who died at the scene.

Another source quoted by Listin Diario says that King Kong was a community leader.