Out of respect for the protest space of young people, March for Democracy will end at the Altar de la Patria 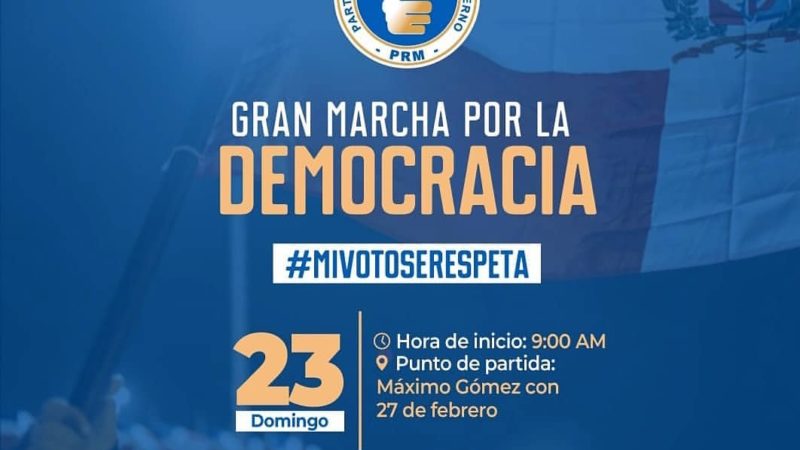 The coalition of opposition parties announced early yesterday that the March for Democracy, originally scheduled to conclude in the Plaza de Bandera, will be completed at the Altar de la Patria.

The decision is in respect for protest space for the same purpose that thousands of young people have been conducting for five days at the corner roundabout February 27 with Luperón, which has spread to much of the country.

“The protests of the young people have a patriotic character and represent a democratic awakening to which we express our respect and admiration for what we have decided to respect the place where they are protesting and conclude our march before the Altar of the Fatherland, cradle of our identity,” says a statement issued this morning on behalf of the coalition that brings together 14 parties and much of the social movement.

The March for Democracy always today, Sunday at 9 am, but starting from the intersection of the avenues February 27 with Máximo Gómez.